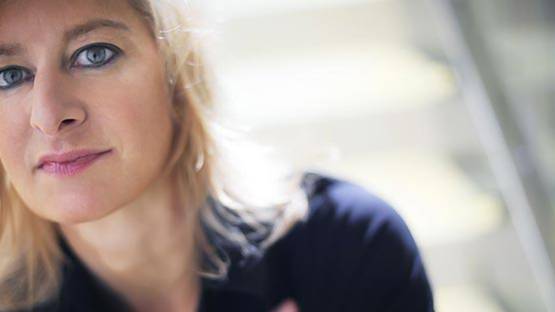 The contemporary artist who knows how to explore the cult of celebrity, the phenomena that are created by the media, publicity, and famous figures themselves, is definitely Alison Jackson. Her interest is more focused on commenting photography rather than the process of making it, thus she tries to raise questions about people’s obsessions with persons they don’t know, but feel to know intimately. Her art can be seen alongside current fake news, alternative facts and debates, in which she uses lookalikes to reconstruct celebrities in their private unconventional situations and moments. In that way, she creates scenarios which were imagined in people’s heads, but were never available to them, because the media can’t get them. Photographer’s works are highly respected for their funny, sometimes provoking elements and comments on the phenomena of modern culture.

She was born in 1970, in Southsea, Hampshire, but grew up in a converted 11th-century monastery in Gloucestershire, which had a chapel and a network of secret tunnels. Since her childhood, Alison showed interest in horse riding, and photography. Being located in the middle of nowhere she used it as an escape from the reality. She graduated Fine Art Sculpture from the Chelsea College of Art and Design as an adult student, where she became an abstract painter, who later made a small number of critically acclaimed paintings. Her famous graduation piece Crucifix from 1997, was priced at £ 1500, and just a couple years later it was estimated ten times more. Later, Jackson gained MA in Fine Art Photography from the Royal College of Art, London.

Since her childhood, Alison showed interest in photography

The artist has become popular for her realistic photographs that deconstruct and humanize celebrity establishment, to whom members of the royal family belong, but also relates her art to religion which also creates iconic figures. Alison’s techniques allow similarities to become real, and fantasies to seem believable. She makes the audience wonder whether they can believe in what they see on television and the internet. Jackson gives political comments on the happenings as she is convinced that public today is removed from that area and doesn’t have much influence. Her focus is on the power and seductive nature of imagery, but also on voyeurism and the need to accept norms that are served.

As celebrities are used to construct their fake photographs for real, by using diverse methods that emerged in the recent history, such as filters, the author decided to show the private side of their stories perceived in her imagination. In 1999 she shocked the world with black and white photos of Princess Diana and Dodi Al-Fayed with a mixed-race love child. This piece was a part of her graduation series Mental Images. She continued by using lookalikes to represent former Prime Minister Tony Blair and US president George W. Bush in her series Behind the Scenes. In 2016 she had trouble to publish paparazzi-style photos of the American President Donald Trump because many were afraid of the legal consequences. At the end, she self-published them because she is an artist, and she is not scared of anyone. Some of the images are explicit and depict the sex scene between the president and Miss Mexico in the Oval Office.

As the artist works across all media platforms and arts in books, TV, Publishing, news, and press her artworks have really become part of popular culture as the images of celebrities. Jackson is responsible for BBC2 project Doubletake, for which she won BAFTA. She is also an Ambassador for the Spinal Injuries Association in the UK. In 2011 her book Up the Aisle was published, consisting 300 images of her perception on the Royal Wedding of Prince William and Kate Middleton. Her work has been exhibited at the ArtBelow and Ben Brown Gallery, London, at the Centre Pompidou in Paris, at the HG Contemporary, New York and in many other places.

She lives in London.

Featured image: Alison Jackson – Portrait
All images copyright of the artist; All images used for illustrative purposes only