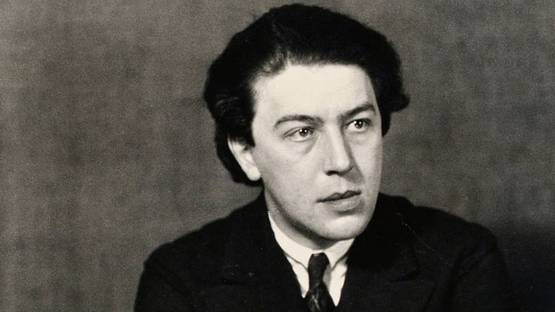 I believe in the future resolution of these two states, dream and reality, which are seemingly so contradictory, into a kind of absolute reality, a surreality. André Breton said those words, presenting us with an immortal statement that vocalized the concept of Surrealism, proving that a simple sentence can shape one of the most crucial chapters in the history of art and change the European culture forever. Although far less talented or even interested in visual arts as his surrealistic companions, Breton is undoubtedly the most important representative of the original Surrealism as he wrote the movement’s manifesto and contributed greatly to advances in the modern scene through publications and theories on how artists should think and create.

André Breton was born on February 18, 1896, in Tinchebray, a small town in Normandy, France. He was a part of a middle-class family whose father held discipline and order in high regard, expecting his children to be as dedicated and hard working as he was. Young André had multiple interests as he was growing up, but traditional art was never one of them - he felt most attracted to the concepts of medicine and decided he would attend a doctor’s school, hoping that one day he will have an opportunity to heal people. Out of all the branches of medicine, he wanted to learn about mental illness as this kind of ailment was truly fascinating to Breton. He was interested in how a human mind functions and how it is able to break down under trauma, as well as how resilient it was in cases of proper treatment. Despite studying tirelessly, Breton’s education was suddenly interrupted as the World War I erupted, putting Andre in a position to be drafted and expected to kill people instead of trying to heal them. After a few months of service, Breton was transferred and assigned to a psychiatric ward of a military hospital, where he at least god a chance of doing something he wanted to do, only not under perfect circumstances he always dreamed of. Whilst stationed in this field hospital that was more of an improvised shack than a proper infirmary, Andre would spend the little spare time he had by reading writings of famous psychoanalyst Sigmund Freud, further investigating the field he was interested in and becoming a better psychiatrist.

Although he was already possessing a lot of opinions that will later shape his artistic career, Breton did not have a clue as how crucial to art history he will one day be - in fact, he was not even interested in any form of creative expression at this point. He just wanted to understand the human mind and the mysteries hidden behind it. Besides reading Freud’s essays, Breton was also impressed by the works of Symbolist poets like Arthur Rimbaud and Charles Baudelaire, as well as the communistic ideas and theories of Karl Marx. Such interests eventually led him to meet other aspiring writers who shared his opinions on the world, such as Guillaume Apollinaire. In the year of 1916, Breton joined the group of artists associated with the rebellious anti-art Dada movement in Paris, including Marcel Duchamp and Man Ray. Although the concepts behind the Parisian branch did not exactly match the ideas of the original Zurich Dada, Breton still got himself involved with the biggest current artistic movement in the world, a large group of thinkers that were fighting the war in the only way they could - with expression and ink. This was Breton’s first contact with art and, from then on, it would occupy a large percent of his time and thought.

After the war ended and people of France were rejoicing a great victory, Breton returned to his home a hero. However, something changed in the young man - he was no longer interested in studying to become a doctor, instead hoping that he could contribute more by being an artist and a part of the avant-garde culture that was sweeping Europe by storm. By the early 1920s, however, Breton had changed his allegiance to another group of intellectuals who shared different opinions on art, not as nearly as dark and self-destructive as was the case with Dadaists. This group will later come to be known as the Surrealists. In the year of 1924, Andre published Le Manifeste du Surréalisme (The Manifesto of Surrealism), a crucial document announcing the new movement's embrace of liberated expression in all forms and its dismissal of social and moral conventions. This transformed Breton into a true leader of the new movement but it also further enraged the followers of Dadaism who were not yet able to forgive Andre’s betrayal. The new movement started out in Paris but soon found intrigued new members all over Europe. Surrealism was fascinated by the fine line between reason and irrationality, especially as manifested in dreams, erotica and mental disorders - all reflections of Breton’s own interests. He literally injected everything that ever field him into his theories of perfect modern art. Andre presented the art scene with completely new concepts and ideas, such as the automatism - a principle in which writers and artists were encouraged to adopt a stream-of-conscious method, as well as spontaneous means of expression without any planning what so ever.

Besides working hard on establishing norms of the new movement, Andre Breton also contributed to other projects and books with theories on both art and mental states. He was one of the co-founders of Littérature, an influential journal that actually featured the very first written example of automatism, titled Les Champs magnétiques (The Magnetic Fields), and was also responsible for promoting visual artists such as Pablo Picasso, Joan Miró and Max Ernst by reproducing their work in the journal La Révolution Surréaliste (The Surrealist Revolution). During the 1920s and 1930s, Breton fashioned two additional Surrealist manifestos, as well as other texts about Surrealism, including Les Vases Communicants (The Communicating Vessels) and Qu'est-ce le que le Surréalisme? (What is Surrealism?). Such publications helped in establishing Surrealism as one of the most popular of all the avant-garde movements as people were for the first time invited to participate and investigate, instead of being provoked as was the case with Dadaism or Futurism, or simply left in the dark like with Cubism. Furthermore, Breton also authored numerous pieces of both poetry and fiction, which brought additional popularity to the founder of Surrealism. His most acclaimed novel, Nadja (1928), is a fantastical romance saga between the narrator and an obscure, likely insane, woman. L'Amour Fou (Mad Love), published in 1937, is a dramatic meditation on obsessive love and a fantastical collection of poems.

Although he did make a number of collage and oil paintings in his time, the tools and talents of André Breton were much more suitable for writing poems, useful theories and manifestos about art

Although Breton was enjoying a lot of public and critical success, his history and openness to Marxism was a troublesome one as the right wing ideology was becoming more and more popular around the Old Continent. His communist commitment led him to join the French Communist Party in 1927 and some of his followers and fans have questioned this decision, believing left-wing ideas are not so suitable with surrealistic notions. Forced by circumstances, Andre left the party in the year of 1935 but stayed loyal to Marxist philosophy. Three years later, he left his home country and migrated to Mexico in order to work with the renowned revolutionary leader, Leon Trotsky. In 1938, the duo collaborated on a manifesto for an Independent Revolutionary Art, an essay which examines art's connection to social upheaval and brings a further connection between communism and artistic thought, an aspect missing in the original surrealistic manifestos. Breton later returned to France, but not for long - he was forced to flee from Paris in 1941 as his country entered the war against the neighboring nazi Germany. Andre lived in New York City for several years, and in the year of 1942 organized a groundbreaking exhibition of Surrealist art at Yale University, allowing the people of the Big Apple to witness surrealistic works for the first time. This show had a massive influence on the USA art scene as many notable individuals were inspired by this exhibition. After World War II came to a halt, Breton waited about a year before returning to his nation’s capital - upon return to Paris, he published more poetry collections and essays on Surrealism and its alternative reality, solidifying the legacy of his thought. However, it seemed as though two world wars and constant doubting took it’s tool on Breton, so his output of both paintings and essays was brought to a minimum in the following years. In his mature years, he divided his time between a country house in southwest France and an apartment in Paris, concentrating mostly on writing poetry and rewriting some aspects of surrealistic manifestos. He became sick and fate would have that he die in the city he spent most of his life instead of the country retreat - Andre Breton died in Paris on September 28, 1966.

Although he did not paint or draw as much as other surrealistic artists of his time, Breton contributed in other ways, contemplating the lack of paintings by dictating how other artists of the movement should think and paint, literally influencing the very core of this popular avant-garde movement. Since Surrealism was so influential on the styles of the future, it’s virtually impossible to imagine which course contemporary art would take if this movement never occurred, so it presents a fair thing to say when we state that Andre Breton is to be thanked for many aspects of modern art we enjoy today. A gifted writer with an endlessly imaginative mind, Breton’s story is one of the most interesting and unique ones not only in modern art but in all of art history.

Featured image: Andre Breton - Photo of the artist by Man Ray, 1932 - Image via theredlist.com
All images used for illustrative purposes only.