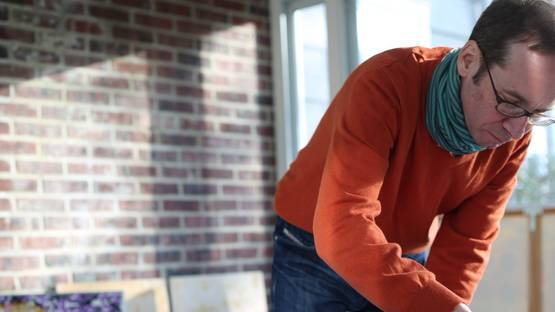 Ah, Lego bricks. Such a magical part of everyone's childhood, including the one Andre Veloux had. Legos could turn a dull, rainy day into the best time of your life and they were able to do so every time you took them out of the box. Children adore them fanatically and parents curse them for their steep prices, but to this day, Legos proudly stand as an iconic figure in the world of entertainment. They are simply timeless. Unfortunately, when you grow up, you are told that there's an age limit over which it is not suitable for a person to play with Legos. Without going into the debate over the aforementioned statement, let's just say there are people who ignored the boring rules of growing up and decided not to get separated from their Legos. Andre is one such lucky man.

Legos that Veloux builds are based on pop culture

Andre Veloux comes to us from the United Kingdom and along his side arrive his incredible designs - made solely out of Legos! This artist expresses himself through building imaginative pieces out of the popular brick toys and his subjects are always somehow connected to the critique of the society we live in. Andre only recently started working with the popular Krause Gallery in New York City, where he currently develops new series of provocative art pieces. Since enlisting with the Krause Gallery, Veloux and his unique work became an instant hit and the public showed an incredible interest for the man who turns Lego bricks into art. With an admirable background in mathematics and web design, Veloux spends hours upon hours on planning a place for every single brick that will end up in one of his designs.

Andre's Legos can be a bit provocative

Never Too Many Legos

Andre's Legos are inspired by social changes. These three-dimensional wall hanging artworks usually tackle gender equality issues, often from different angles. His work has included portraits of current female pop icons - such as Lady Gaga - and he depicted them as strong, self-propelled women who became popular due to their hard work and endurance. Veloux also notes that their fame comes with a lot of responsibility and that iconic status gives them many obligations towards society. His Legos also battle in the name of the women's right to look and dress as she sees fit. Veloux presents them all as agents of change in society Alongside these more serious pieces, Andre also makes playful portraits and images of faces and seemingly random objects. They are all masterfully done and very fun to inspect, especially when you approach them, touch them and realize it's all made out of Legos.

Watch the way Andre creates one of his earlier works

Just Another Brick In the (Lego) Wall

It's critical to have artists with playful and fun styles. It's important to view all the Picassos and Van Goghs you can, but from time to time, art should be able to entertain us in a more easy-going way. Andre Veloux gives us exactly that. You can ponder at his Legos for hours on end and when you finish, the delight of his pieces should remain with you for a long time. And while being joyous, the audience can also learn quite a bit about Andre's thoughts tied to current pop culture. What more can we possibly ask for from casual exhibitions?

The artist is represented by Krause Gallery in New York, USA.