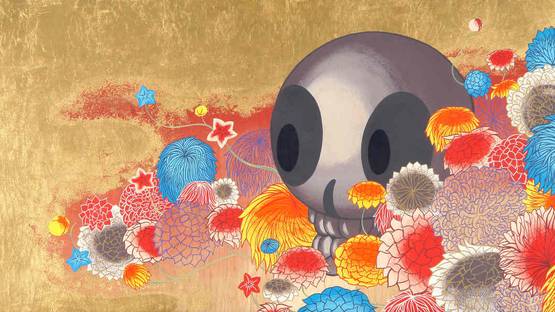 Andrew Brandou is an American contemporary artist who lives and works in Los Angeles. He graduated from Otis Parsons school of Design, Los Angeles, with a BFA in 1990. Since that time Brandou has worked as a fine artist, illustrator, and in the animation industry as an art director and producer. Each of his series is based on pre-existing motifs, drawn from such diverse sources as Christmas cards or John James Audubon's nature drawings. Each body of work also articulates a larger narrative, either allegorical or based on historical events. Within his pieces, Brandou features some recurring protagonists, including anthropomorphized rabbits representing the “everyman”.

His animation credits include The Simpsons, Rugrats, Spongebob Squarepants, and Invader Zim. He was art director for In the Realms of the Unreal, a feature documentary about outsider artist Henry Darger. He also produced animation for underground comic artists Richard Corben, Martin Emonds, and Robert Williams. His work can be seen in music videos for Tupac Shakur, The Squirrel Nut Zippers, and Bjork. As an illustrator, Andrew’s work has appeared in publications worldwide. Notably, he produced album artwork for the A&M records, Geffen records, and Warner Brothers. His illustration has appeared in The New Yorker magazine, Nickelodeon magazine, and Streetvirus.

Andrews fine art career has garnered the attention of the Los Angeles Times, San Francisco Chronicle, and New York Times. He has been featured in numerous periodicals including Juxtapoz magazine, IdN, Swindle and Hi-Fructose. Books featuring Andrew’s work include In the Land of Retinal Delights, Design Stars Boulevard of DPI, Beasts!, and The Three Apples Exhibition Catalog honoring the 35th anniversary of Hello Kitty.
&nsbp