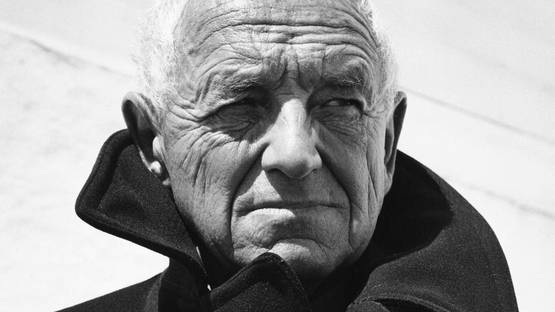 Andrew Wyeth was an American realist painter, born in 1917. Primarily working in a regionalist style, he was one of the best-known U.S. artists of the middle 20th century.

The youngest of the five children, Andrew was home-tutored because of his fragile health. Wyeth's father, illustrator and artist N.C. Wyeth was the only teacher that he had. Due to being schooled at home, he led a sheltered, obsessively focused life. Born on July 12, 1917 on Henry Thoreau's 100th birthday, his father, a fond worshipper of Thoreau’s poetry and philosophy, found this both coincidental and exciting. Andrew started drawing at a young age. By the time he was a teenager, his father brought him into his studio for the only art lessons he ever had. N.C. was an attentive father, fostering each of the children's interests and talents. Their home bustled with creative activity and competition, which led to successful artistic carriers of all five of them.

Although he was thought of as a realist, Andrew thought of himself as an abstractionist. ‘My people, my objects breathe in a different way. There’s another core - an excitement that’s definitely abstract. My God, when you really begin to peer into something, a simple object, and realize the profound meaning of that thing - if you have an emotion about it, there’s no end. One's art goes as far and as deep as one's love goes.’

Andrew’s love of rural landscapes and his sense of romance are displayed in his most common subjects of matter – land and people around him, both in his hometown of Chadds Ford, Pennsylvania, and at his summer home in Cushing, Maine. Wyeth maintained this personal style for over seventy years, gravitating to several identifiable landscape subjects and models. His solitary walks were the primary means of inspiration for his images. He developed an extraordinary intimacy with the land and sea and strove for a spiritual understanding based on history and unspoken emotion, typically creating dozens of studies on a subject in pencil or loosely brushed watercolor before executing a finished painting, either in watercolor, drybrush or egg tempera.

He painted his most famous work in 1948, named Christina's World. This tempera work is currently on display at the Museum of Modern Art in New York, as a part of its permanent collection. Wyeth was inspired by his neighbor, who, crippled from an undiagnosed chronic condition and unable to walk, spent most of her time at home. The image depicts Christina Olson, sprawled on a dry field facing her house in the distance.

Another important work in his oeuvre was a series of 247 studies of the German-born Helga Testorf. Wyeth painted her over the period 1971–85 without the knowledge of either his wife or Helga's husband. He observed and painted her in intimate detail, making an extensive study of her physical landscape set within Wyeth's customary landscapes. Portrayed as unsmiling and passive, yet within those limitations, Wyeth manages to convey subtle qualities of character and mood, as he does in many of his best portraits. This extensive study of one subject studied in differing contexts and emotional states is unique in American art.

On January 16, 2009, at the age of 91, Andrew Wyeth died in his sleep in Chadds Ford, Pennsylvania, after a brief illness. He was surrounded by his children, wife Betsy and granddaughter Victoria.