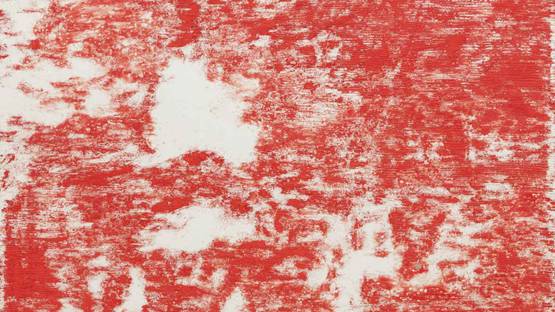 By combining elements from personal history, the legacy of abstraction, and Spanish Baroque's painterly traditions, Puerto Rican artist Angel Otero creates bewildering painterly works that are the result of his expressive process-based approach. The draped oil skins reflect Otero’s treatment of material that is simultaneously harsh and gentle, at the same time reminiscent of the rebelliousness of street art and Art brut, but also Rauschenberg’s combines. While his early works were inspired by personal memorabilia and the gestures of prolific masters such as Nicolas Poussin, Pablo Picasso, and Willem de Kooning, his more recent works are more focused on artistic material and its physicality.

Otero earned his MFA in 2009 and his BFA in 2007 from the School of the Art Institute of Chicago, he received the Leonore Annenberg Fellowship in the Visual Arts and is employed at the New York City Department of Education.