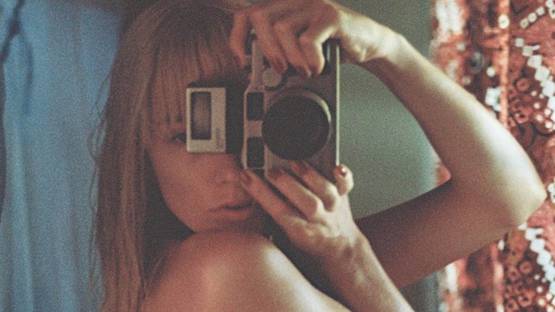 Trust is necessary for intimacy. Anne Barlinckhoff understands this too well and always seeks to establish a relationship with her models that would enable them to trust her photographic instincts, and in return, she would raise their status from being models to becoming equally important part of the entire process. Once obtained, the trust provides a level of artistic freedom and allows a level of intimacy with her subjects, without which her images would simply cease to exist. Channeling spontaneity and reactivity through her work, Barlinckhoff creates beautiful mistakes that capture the meaning of the moment and express the emotions to the fullest extent. Known mostly for her explorations of the female body, she also tackles other topics, such as dogs and nature.

She Was Born into This World and It Inspires Her

Nature, the planet and everything on it are her inspirations. Thoughts of color and composition, as well. The element of spontaneity is very important since she doesn’t always have a preconceived and in any way complete idea of what she’s going to do. By allowing herself to be unprepared, the artist emphasizes the power of a moment and her ability to be quick and adequately respond. It seems that her adoration of the female form can be matched only by her affection towards dogs. It’s no surprise since Barlinckhoff grew up with them, and one her fondest possessions is an image of herself and her dog lying on the grass. She is interested in finding the similarities between the animal and human nature.

By allowing herself to be unprepared, the artist emphasizes the power of every new and fresh moment

Pushing the Borders of Human Intimacy

She lived in various places, but her trip to South Africa (she lived there for six months) posed a challenge in a sense that there were completely new surroundings and new models to work with. And since she was there for just a six months, Barlinckhoff worked extremely hard and embraced all the opportunities that came along. Finding the right people and developing trust between herself and them is always the necessary condition. While in South Africa, she found that the approach to the female form was a bit more conservative than the European one, and still she’d found so many beautiful people willing to work with her. The result was an homage to the skin and tone, most notably in the images depicting two males and a woman. Contrast is one the most important features of her work, ranging from various locations to textures. Even the questions of race are contrasted, as noticed in her series made in South Africa, where, as Barlinckhoff admits: “…I didn't consciously choose to express a racial message, but the images are potentially a subconscious reflection of my surroundings at that moment.’’

For Barlinckhoff's Art, Trust Is More Than Just a Dream - It's a Reality

Barlinckhoff earned a Bachelor of Fine Arts from the Gerrit Rietveld Academie in Amsterdam, in 2016. GUP Magazine selected her as one of the 100 most promising upcoming photographers from the Netherlands. Her own style of forming a relationship of trust between herself and her subjects allows her to push the boundaries. Looking beyond this level of trust between the female subjects and the artist, Barlinckhoff simply adores what seems as an endless variety of woman’s sizes, colors, and shapes, and they remain her favorite photographic subject.

She is represented by The Garage in Amsterdam.