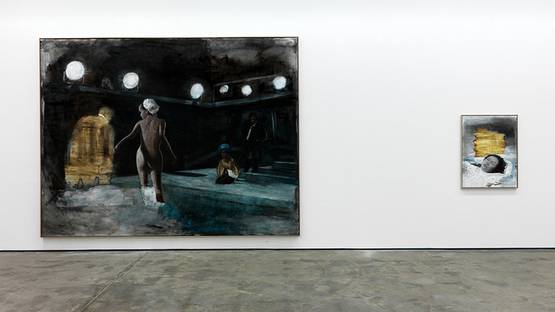 In his oil paintings, Geis focuses on human figures - be they solitary, in pairs, or even in elaborately arranged groups. Geis draws his motifs primarily from film, adapting individual characters or, on occasion, entire scenes from this reservoir. In a painterly process of abstraction, the artist removes his models from their narrative context and liberates them from the roles originally assigned to them. The figures and heads seem incomplete, and the scenes come across as fragmentary against extensive, undefined backgrounds. Variations of the human head, his main subject, permeate Geis’s oeuvre - they are not intended to be depictions of the face in the classical sense of portraiture, but to veil individual traits. This exemplifies the artist's search for a human dimension beyond the reproduced image.

He has had many solo and group exhibitions, in Germany, Denmark, South Korea, France and USA, among others.