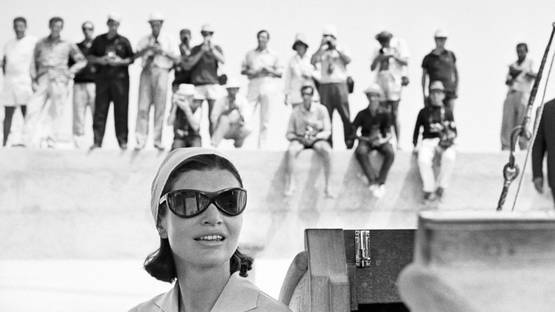 Benno Graziani was an Italian photographer known for his iconic black-and-white images of famous people in the 1950s, 1960s, and 1970s. These photographs recall days when life was good, the days were sunny, and the women were always beautiful. Graziani became friends with some of the biggest celebrities of his era, which allowed him to document their lives with unprecedented intimacy. He was close with Charlie Chaplin, Jane Fonda, Kirk Douglas, and Princess Grace of Monaco, to name a few. The special story involves Jacqueline Kennedy, then Jacqueline Bouvier, whom he met while she was a journalist at Washington Times-Herald in the 1950s. Graziani had the privilege of documenting the Kennedy lifestyle when she became First Lady.