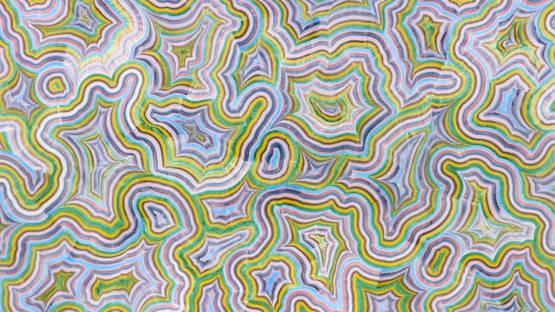 A French contemporary artist, Bernard Frize is well known for his experimental approach to painting. Referencing Minimalism, Abstract Expressionism, and Color Field, the artist mainly focuses on the mechanics of painting, exploring the bare minimal essence of painting, devoid of conception and aesthetic. He often works in series, following strict rules as to process and palette, and employs assistants in elaborately choreographed acts of painting.

Frize was born in 1949, in Saint-Mandé, France. He lives and works in Paris as well as Berlin. His artworks have been exhibited extensively across Europe (Centre Pompidou in 2019) and the UK (Ikon Gallery in Birmingham, as one example), as well as recently in the United States.

Since the beginning of his career, the artist has been focusing his attention exclusively on the act of painting. He sees a painting as a search for an agreement between "nature", a viewer and a flat surface. His work with an embellishment of specificity for a conceptual aim in and of itself—rather than glorifying any one process as key towards something beyond painting. "This is what my paintings are about and why they are not about the process," he once explained. "Nevertheless, the process is a way of engaging the viewer in a kind of simultaneity."