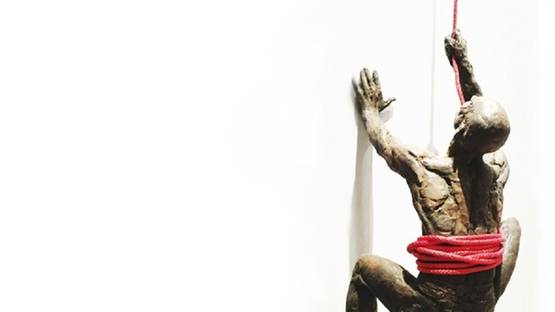 Bill Starke is an American sculptor whose extensive anatomical knowledge plays a vital role in the development of his work and choice of the subject matter. He was heavily influenced and mentored by the artist Ned Jacob and MSU printmaking instructor Jim Westergard, in addition to his own anatomical education acquired from Zahourek Systems. Starke’s ability to understand and recreate the complexity of figures, commonly relating to the human condition, is haunting. He lives and works in northern Colorado.