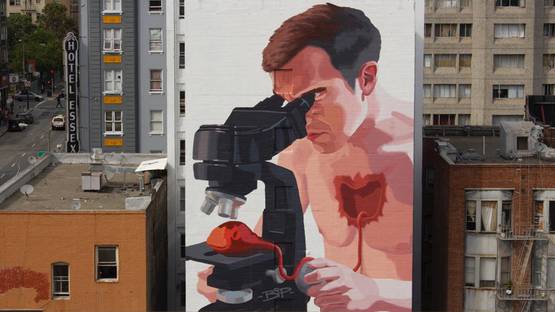 BiP aka Believe in People is an anonymous graffiti artist who became widely known for his works that appeared on the sides of museums in Taiwan, on walls in Detroit, and inside Yale University classrooms. Most of his smaller works are illegal and that's why the artist would like to keep the identity unknown.