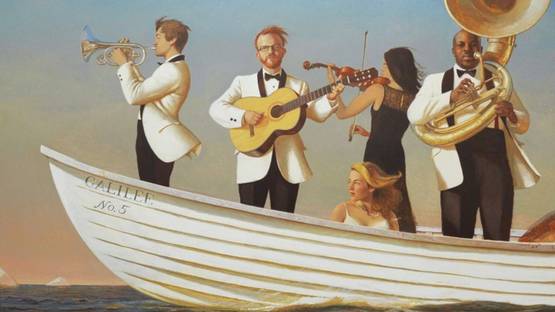 An American realist with a modernist vision, Bo Bartlett creates paintings that celebrate the underlying epic nature of the commonplace and the personal significance of the extraordinary.

Born in 1955 in Columbus, Georgia, Bartlett traveled around the world before moving to Seattle, Washington, in 2005. He studied at the University of the Arts in Philadelphia, and then the Pennsylvania Academy of Fine Arts. He received a Certificate of Fine Art from PAFA in 1980. He also received a Certificate in Filmmaking from New York University and the influence of film is apparent in his work. He had numerous solo shows, including those at The Florence Academy of Art, Jersey City, Dowling Walsh Gallery, ME, Mennello Museum of American Art and Orlando Museum, FL, Ameringer McEnery Yohe, New York, NY, Morris Museum of Art, Augusta, GA, and Ilges Gallery, Columbus State University, Columbus, GA.

Creating multilayered imagery, Bartlett pushes the boundaries of the realist tradition. He depicts scenes scenes set around his childhood home in Georgia, his island summer home in Maine, his home in Pennsylvania or the surroundings of his studio and residence in Washington state, examining a deeper, mythical concept of the archetypal, universal home.