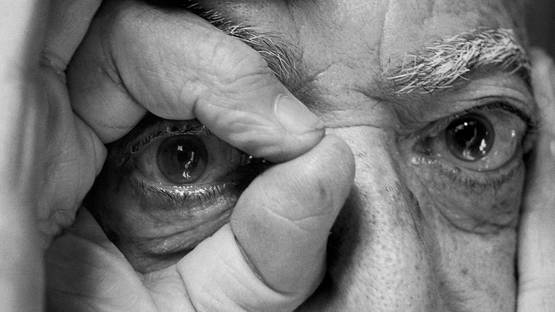 Without the slightest clue of doubt, one of the most important artists that ever came out of Hungary is Brassai, a true pioneer of photography whose work inspired countless enthusiastic artists and fans of the medium. The Eye of Paris, as Brassai was often called by his friend Henry Miller, was a truly remarkable man that steered the course of photography. The highlight of his career were images of Paris during nighttime in the early 30s, back when he experimented and eventually established ground rules for photographing outdoors in the dark. Besides his unquestionably crucial photography pieces, Brassai was also a sculptor, movie-maker, poet and a successful painter - all in all, one of the most renowned artists of the interwar period.

Brassai was born as Gyula Halasz in 1899, on the verge of the 19th century. His home was in Halász Gyula in Braşov, Hungary, and Halasz' family had an interesting mixed heritage as he had an Armenian mother and a Hungarian father. His first contact with art was the closest thing to a photography there is - painting. Brassai studied this medium at the academies of Budapest and Berlin, where he also learned a lot about ho to make sculptures. Unfortunately, his artistic development was suddenly halted as he was called upon joining the Austro-Hungarian cavalry to fight in the First World War. After his country was ultimately defeated by the united forces of Europe, Brassai decided to leave his home and move to Paris in order to learn about art and try to forget the horrors of the First World War. This was actually the second visit of the French capital for this artist - he lived here for a short period while his father was a substitute teacher at the Sorbonne school. It took a while to adapt to new surroundings, but eventually Gyula Halasz managed to settle down in Paris and get employed as a journalist. As a hobby, he was learning the French language by reading Marcel Proust and has continued to develop his painting skills. Little did he know that his artistic life is about to take a sudden turn into something radically different and new.

First Photos Of The Night

Interestingly, the future pioneer of photography had no interest in the medium that will eventually make him famous - in fact, there are clues that suggest he even despised photographers, claiming they were harmful to the status of traditional painters. Back then, Brassai turned to photography only in order to document his articles and nothing more, ignoring the existence of photos for the rest of the time. However, eventually and unexpectedly, he found himself falling in love with the young medium of shooting images, mostly down to his friendship with Andre Kertesz. Many experts agreed that this sudden enchantment by photography has a lot to do with Brassai's routines of nighttime walks in which he would tour the streets of Paris. The artist loved the way French capital seemed deserted after midnight, how shadows ruled the corners and how people of the evening would emerge after everyone's gone to bed. One day, Brassai took his camera along for a stroll and since that day he never stopped photographing. His nightly routines allowed him to befriend many prostitutes, street cleaners, pimps, hoodlums and other similarly minded individuals who loved the night, so Brassai had ample options when he was deciding who to photograph. Since everybody knew who he was, the artist was allowed access to some places that would otherwise be forbidden for strangers. By the year of 1929 he was already an expert and an underground legend, so he decided to change his artistic name into the now iconic Brassai, stating that Gyula Halasz is simply not catchy enough. Interesting fact: his name was constructed from the word Brassaï, which in Hungarian means from Braşov - his hometown.

Viewing Paris de nuit And A Career Of A Master Photographer

Brassai's first photo-book was published in 1933 and held a title Paris de nuit (Paris by Night) - to this day, this remains the most famous exploration of this city's hidden underbelly. This stunning collection of black and white images has an iconic cult status now and back in the early thirties it was unlike anything viewers saw before. The project consists of luminous, dreamlike nightscapes with contemporary documentary images of the nighttime’s inhabitants being the focal point of the work. It was a technical marvel and really put the artist's name on the map of the most successful young photographers at the time. He invented ingenious tricks to help him, like assessing extended exposure times by how long it took for him to smoke a Gauloises cigarette. It must be noted that back then, Brassai was forced to work with excruciatingly slow lenses and even slower film, all of which only make his work more impressive. Many projects similar to Paris de nuit followed, all filmed during late times. Brassai would shoot at night and later return to his home where he would process his negatives and make prints - quite remarkable when you remember how much darkness was there in his works. His solutions to troublesome shooting sessions in the dark were direct and primitive, yet perfect for what he desired. Brassai focused his small plate camera on a tripod, opened the shutter when ready and fired a flashbulb. If the quality of his light did not match that of the places where he worked, it was, for Brassai, even better as it made the product more distorted, more mysterious. The artist did not drastically change his techniques for the remainder of his career throughout which he continued to experiment with filming and photographing in the dark. Brassai stayed in France for the rest of his life, shooting and filming until the day of his death in 1984 when he passed away in Nice.

A True Genius Of The Darkness

Brassai relished the night and through many trials and errors learned how to get the impressive shots he was after. He explained his fascination with darkness in one of his many interviews: Night does not show things, it suggests them. It disturbs and surprises us with its strangeness. This artist is a real cornerstone not only in the world of photography but art in general. He strayed away from conventional methods of creating pieces of art and managed to establish a whole new subgenre of nighttime photography. Today, his negatives, prints and contact sheets are housed at the George Pompidou Center in Paris and serve as a reminder of how crucial Gyula Brassai Halász was and still is to the medium of photography.