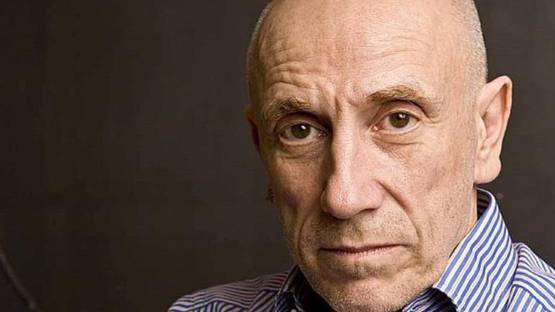 Creating art pieces brings with it an amazing opportunity - to capture emotions, thoughts, and impactful moments within the medium that can be recollected at any time in the future. Uplifted by artistic beauty and sublime at certain points in his life, the British artist Brian Clarke reinterprets such feelings and memories in his art consequently evoking such moments in others. Working with several different mediums, Clarke’s worldwide renown lies in his handling of the stained glass that makes him one of the best contemporary artists in this field. Marked by fluidity, transillumination, and interaction with the environment, his prolific portfolio can be seen in many buildings throughout the world.

As an art form, stained glass is associated with several great benefits and flaws. The way that has to be made, supporting its own weight (which can be an issue with large-scale pieces) and formed in a specific shape, makes the craft not only tough to master but hard to implement. That being said, it has been used almost exclusively for windows of buildings like churches, mosques, and other alike structures until the recent past that started including them in sculptures. Brian Clarke is one of the artists who has devoted his practice and life to the “liberation” of stained glass from the categorical affiliation with the church, attempting to give the art direction a sort of freedom that painting enjoys. Using knowledge of architecture, design, and art, Clarke has created stained glass installations for both private and public collections that can be seen from Apax & Partners' London HQ to the Pyramid of Peace and Accord in Kazakhstan.

Fluidity of the Material

Although Clarke has made paintings, mosaics, and sculpture, he is best known for stained glass works that he enjoys making. It even influenced the way he sees art altogether, making his painting oeuvre distinct among others as he depicts scenes and ideas as if seen through stained glass. It’s quite understandable, for once you see one of his stained glass pieces, you can’t but realize its potential and overcome the possible thought of it being just a “painted glass.” Clarke puts a lot of architectural thought into the placing of his pieces, forcing a very creative and engaging interaction with the environment that makes the work fluent and ever changing. Playing with the shadow of objects behind the glass or light that falls onto it, the appearance of most of his works depends on the time of the day and season, making this “liquid medium” his favorite.

Although Brian Clarke holds and utilizes the knowledge of architecture and design, he prefers to be called an artist. Working with a medium that might be “unconventional” to some, he creates truly amazing art pieces and shows that stained glass deserves a lot more attention and affirmation of the contemporary art society. Inspired by the translumination that the stained glass provides, all of his works represent a window into another reality, one often changing within a single piece as the time goes by. Fueling his other work, every Clarke stained glass piece is more than just a sight to be seen - it is an experience that engages all of the senses, bound to elevate the medium in anyone’s eyes.

Brian Clarke lives and works in London and Munich.

Featured photo: Brian Clarke. All photos credit the artist.
All images used for illustrative purposes only.