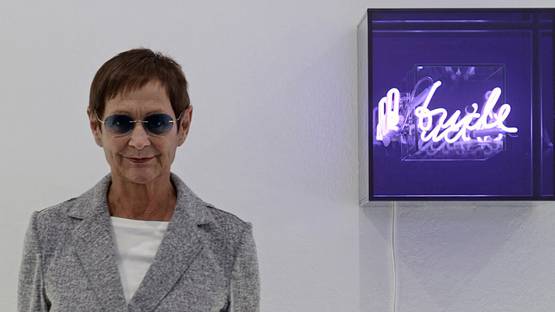 Light is the main creative material for the Austrian artist Brigitte Kowanz. The artist known for creating sculptures and installation with neon tubing, LED bulbs, mirrors, and text, made a name for herself by exploring the relationship between space and light, real and virtual. By combining light, space, and words the artist creates a new relationship between the interior and the exterior. Trough the use of a nonphysical medium such as light and with the help of the surrounding space and mirrors, the artist pulls viewers directly into her illuminated visions and succeeds in tearing the boundaries between art and life.

Brigitte Kowanz studied at the University of Applied Arts Vienna, and in 1997, she came back to her university where she currently holds a professorship. At first, Brigitte Kowanz began to experiment with phosphorescent and fluorescent pigments in collaboration with fellow artist Franz Graf but soon developed her own unique style. By using bottles, fluorescent lamps, and paint, the Austrian artist created complex light artworks, installations and projections that illuminated galleries all over the globe as well as people's imagination. But light is not only the main material but also a recurrent topic in Brigitte Kowanz's artworks. In the late nineties, the artist began her Speed of light series that deals with the time light needs to cover the length of the sequence of numbers. 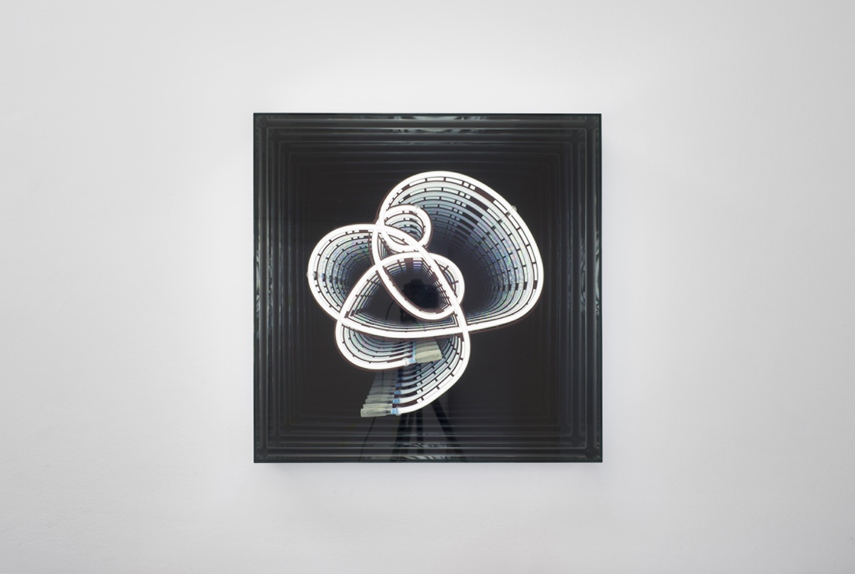 A Contemporary View of the Modern Philosophy

By employing the electrical light, color and accompanying text the artist has extended the complimentary Vincent Van Gogh's color is light and Laszlo Moholy-Nagy light is a color pictorial concept. Brigitte Kowanz uses light to expand her artworks further into space but doesn't limit herself to pictorial exploration but adds words to her works to further expand her imagery into thinking space. Through construction and deconstruction of words, the artist analyzes and criticizes common language thus continuing the philosophical tradition of the Vienna Circle.

On her exhibitions the viewers find themselves tricked by the mirror and pulled into a completely new world full of light, language, and mystery

Mirror Installations as the Creators of Virtual Reality

Combining words, light, and space represent long-term preoccupation of the artist and Brigitte Kowanz spent years depicting morse alphabet, a system that turns letters and words into simple dash-dot combinations. Morse code as any other binary code represents the way of information dissemination with the use of light. In her more recent works, the artist began to use mirrors and semi-transparent glass to create three-dimensional installations that create a virtual space within the gallery walls. Just like the Alice from the famous fairy-tale, the viewers find themselves magnetically attracted by the mirror and pulled into a completely new world full of light, language, and mystery. Work by Brigitte Kowanz was on view in numerous exhibitions in Austria and abroad including shows at MUMOK Wien museum in Vienna, Kunst museum, Naturhistorisches Museum Wien in Vienna and Galerie Krinzinger.