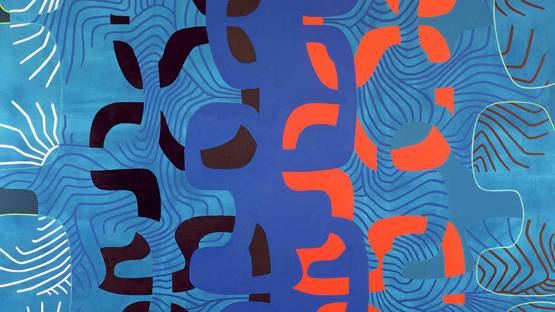 Bryan Wynter was one of the St. Ives group of British painters. His work was mainly abstract, drawing upon nature for inspiration. Born in London, he began in 1933 as a trainee in the family laundry business. In 1937-38 he studied at Westminster School of Art, and 1938-40 at the Slade School of Fine Art in London and Oxford. In the Second World War, he was a conscientious objector, first working on land drainage in Oxfordshire, then looking after monkeys being studied by the zoologist Solly Zuckerman. He settled in Zennor, Cornwall in 1945, and in 1946 was the co-founder of the Crypt Group. He taught at Bath Academy of Art, Corsham, 1951-56. He was a member of the London Group of artists, and of the Penwith Society of Arts. He died at Penzance, Cornwall. His auction record is £115,250 for his painting "The Indias", set at Sotheby's on 3 November 2010.