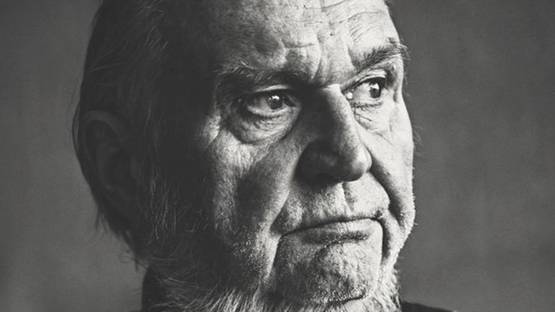 Evolution doesn’t necessarily mean more complexity. Sometimes a step forward corresponds with making things simpler. Carl Andre is an American artist, who reached an original and extreme position and was able to defend it through his intelligence and strong will. While sculpture in the past has been known for its finite form, he modified that definition, striving for a three-dimensionality that depended on the unattached organization of modular elements in a predetermined configuration, which is often a grid rather than a finite fixed immutability. His working-class experiences influenced his choice of materials – there are wood, bricks, metal, rubber truncated pyramids and Styrofoam blocks. Another interpretation of this choice revolves around the criticism of contemporary architecture and its eccentric, over-designed, pretentious facades and expensive, exotic materials.

Born in Quincy, Massachusetts, Andre obtained his primary and secondary education in the public school system of his hometown, before studying art at Phillips Academy in Andover, MA, where he spent three years, from 1951-1953. During studies, he became acquainted with Hollis Frampton. After spending a year in the US Army, Andre moved to New York in 1956, where Frampton introduced him to Constantin Brâncuși through whom Andre became re-acquainted with a former classmate from Phillips Academy, Frank Stella, in 1958. For five years, between 1960 and 1965, the artist worked freight brakeman and conductor in New Jersey and focused all of his free time on writing poetry. In this period, he didn’t make sculptures, and yet, the blue-collar experiences heavily influenced his subsequent art and life - all of the materials he uses can be found in construction; It was common for Andre to dress in overalls and a blue work shirt, even when he attended the most formal occasions.[1] To fully understand the work of Carl Andre, a closer look at his relationships with other artists is necessary. Frampton played a great role – not only did he inspire Andre’s radical position and approach to sculpture through their conversations about art[2], he also introduced him to Brâncuși and through the Romanian artist, he became re-acquainted with Frank Stella, whom he knew from the Phillips Academy. Initially inspired by Brâncuși, Andre took another direction after sharing a studio with Stella for two years and learning about space from him. In 1985, Andre married Ana Mendieta, a Cuban artist who died the same year, under still unclear circumstances.

The Art of Carl Andre

Common sculpture usually confronts the spectator with the traditional abstraction that mirrors the viewer’s own upright body – Andre decided to challenge this verticality. His accumulations of untransformed materials are organized horizontally, forcing the viewers to look down, not straight ahead or even up, as colossal public sculpture forces them to do. Without seeking to engulf the spectators, the sculptor is simply marking off his turf, asking for respect rather than intimacy. Provisionality is the common feature of Andre’s work – it exists as sculpture only at the time it is exhibited. Our knowledge of its precarious and temporary state, as well as our sense that the works can easily revert to their ordinary function, is part of their elusive content. Given its dual identity of being and potentially not being, Andre's work clearly has a strong conceptual element, even though he was making it as far back as 1960, before conceptual art became a popular mind game.[3] He claims no spiritual dimension with his art – without adhesive, organized whether as sculpture or mutely stacked, his pieces maintain their identity as untransformed matter, thus proving Andre's contention that he is a pure materialist. But not without ambiguity, which is why they maintain their tension and fascination. This type of materiality can also be interpreted as conceptual, making him, as stated above, one of the earliest conceptual artists. And yet, he considers this as false. The very substance of his art comes from the characteristics of every unit of material he selects, and the arrangement and position of the sculpture in its environment - it is not merely the realization of an idea.

Simply said, Andre reduced sculpture to its essential state. And while he saw this as an end-point in his process, many others used it as a starting point in their own respective careers, making the American minimalist artist and his sculptures an important reference point for many subsequent artists. He defined the nature of Minimalist Art with other giants such as Robert Morris, Eva Hesse, Donald Judd, Dan Flavin, and Sol LeWitt. His work was exhibited (both in solo and group shows) at some of the most prestigious institutions around the world, including the Tate Gallery in London, Paula Cooper Gallery in NY, Ace Gallery in LA, Guggenheim Museum and Museum of Modern Art in NY, Museum Wiesbaden in Germany, Museum of Modern Art in Vienna, and many more. Arguably, Andre’s most significant contribution was to distance sculpture from processes of carving, modeling, or constructing, and to make works that simply involved sorting and placing.