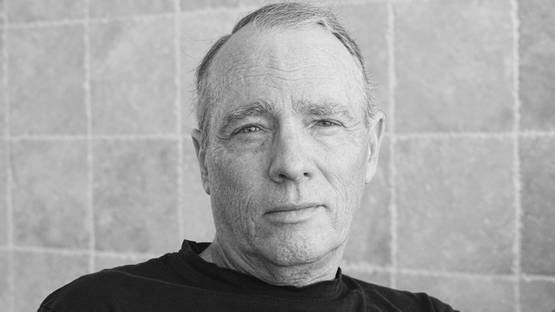 Carl Zimmerman is a Canadian artist, known for his photographs of small-scale architectural models and maquettes which he builds himself. Born in 1951, Carl Zimmerman was raised in Hamilton, Ontario and moved to Nova Scotia in 1974. As a kid, the artist was fascinated and intrigued by huge public and industrial buildings in his hometown – feelings which he would later transpose into his Lost Hamilton Landmarks photo series. Zimmerman briefly attended McMaster University in Hamilton and the Nova Scotia College of Art and Design.

Interested in monumental landmarks and interpretations that are associated with these architectural giants, Zimmerman creates his own imaginary worlds with fictional ruins, massive buildings, and forgotten utopias. The artist starts his process by building small-scale architectural models that are photographed from various perspectives, and are then digitally edited and combined with real backgrounds. Zimmerman manages to produce convincing, beautifully realized, and even nostalgic conceptual projects and photo series that reflect his ambivalent understanding of a socialist and neoclassical architecture.

Zimmerman’s first project was Lost Hamilton Landmarks photographic series, created in a period between 1994 and 2009. The title of the series is referring to the city of Hamilton, Ontario, where the artist was born and raised. Lost Hamilton Landmarks project draws upon the artist’s experience and memories from his childhood, combined with his interest in ambitious and authoritarian-styled, pre-war national building programs. The whole series is produced in order to suggest massive forms, reminiscent of 1930s architecture, but it also demonstrates ideas of Communism, Fascism and New Deal social democracy.

Zimmerman’s project titled Cold City in a way follows the themes and aesthetics of the previous series as Carl still wanted to suggest something of the old WWII world and its frightening decline. The artist concentrated on the development of a nuclear arsenal that followed the bloodiest war in history of man, focusing on the Post-war consciousness that the Soviet Union defined as a fight for national survival. Cold City is mainly influenced by images of Soviet restricted industrial or military complexes associated with the period of Cold War. Located in such extremely remote locations, these closed cities carry a feeling of slowness, a sense of heaviness and immobility successfully transferred by Zimmerman’s skillful use of perspective, landscape and space.

Zimmerman explained his interest in these themes with the following statment: In Cold City, I envisioned buildings from the Soviet Cold War past - administrative, utilities, infrastructure, buildings originally designed to deliver a subtle or not so subtle message, now victims of changing times, substandard construction, ravages of climate. Still, they are not ruins. Rather they are like arctic debris - an ever present reminder that unlike the south where nature seems to recover societies' intrusions quickly, alterations to the north are effectively permanent. Cold City was an entirely digital process with the exception of the model making. Models were photographed with a digital camera, then combined and altered in Photoshop. The images were later printed with a large format inkjet printer, resulting in fascinating visuals. There is a strong sense of nostalgia present in Cold City, as well as an admiration for an almost scientifically crafted confidence to tackle great social issues.

Throughout his career, Carl Zimmerman has received numerous awards, grants, and recognitions. Some of the recent honors include grants from the Canada Council, the Pollack/Krasner Foundation and a residency at the Irish Museum of Modern Art in Dublin in 2001. Some of the art publications and journals that have featured and reviewed Zimmerman’s images include Carte Blanche, a definitive survey of contemporary Canadian photography, Canadian Art, Sculpture, CV photo, BorderCrossings, C Magazine, and Arts Atlantic. Also, the artist has been focused on improvements and development of printing technology, while working in a collaboration with Image House in Halifax. Work of Carl Zimmerman has been exhibited internationally and nationally, at various venues such as the Irish Museum of Modern Art, the Sternberk Installation Symposium, Czech Republic, The Photographer's Gallery, Milan, the National Arts Centre, Ottawa, the Art Gallery of Hamilton, Beaverbrook Art Gallery, the Art Gallery of Windsor, Confederation Centre Art Gallery and the CONTACT Photography Festival in Toronto. In addition, Zimmerman’s artworks are included in many public and private collections, including the Irish Museum of Modern Art, the Canada Council Art Bank, Art Gallery of Hamilton, Museum London, Owens Art Gallery, Art Gallery of Nova Scotia and Confederation Centre Art Gallery.

Carl Zimmerman is represented by Stephen Bulger Gallery, based in Toronto, alongside other artists such as Phil Bergerson, John Lucas, Anthony Koutras, and Joseph Hartman.