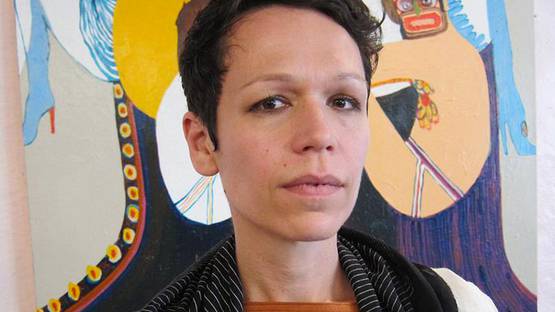 Carol Bove is known for her simple yet intricate assemblages of found and made objects.

The focus of her artistic endeavor is an immense research project: by means of enquiring into the social history and art of the late 1960s and early 1970s, she relates the latter to the present and lends it greater depth. Here, she is as much interested in popular literature and the most popular avant-garde magazines of that period as she is in its architecture, music, art and design. For her, the former mark the influential and lasting social changes of that era, as evidenced, for example in the women's movement, the peace movement, the notion of liberated sexuality and the liberation of the individual through both psychological and physical practices of consciousness expanding.

Carefully arranged on pedestals, elevated platforms, or directly against walls and ceilings, these yield unexpected, poetic, and multilayered meanings, which seem to derive from the composition of the objects rather than the inherent substance of the individual components. Using a wide range of materials, including books, driftwood, peacock feathers, metal, concrete, foam, and loans from other artists, Bove’s works are subtle assemblages resisting categorization despite their determined relationships with modernist display methods.

Born in 1971 in Geneva to American parents, Bove was raised in Berkeley, California and studied at New York University. The artist is co-represented by David Zwirner in partnership with Maccarone in a unique model in which the two galleries collaborate to help Bove realize future projects and exhibitions both in the United States and abroad. Her first solo presentation is planned for spring 2015 at David Zwirner in London.

In 2014, Bove debuts a new body of work alongside exhibition designs and sculptures by Italian architect Carlo Scarpa. Carol Bove/Carlo Scarpa is curated by the Henry Moore Institute in Leeds, England and produced in collaboration with Museion, Bolzano, Italy and Museum Dhondt-Dhaenens, Deurle, Belgium. The show is currently on view at Museion (through March 1, 2015).

Recently shown in New York was a series of large-scale sculptures Bove created especially for the High Line at the Rail Yards. The project, entitled Caterpillar, was commissioned by High Line Art and ran through April 2014. In 2013, Carol Bove: The Equinox presented an arrangement of seven sculptures at The Museum of Modern Art in New York. Her work has been featured in important group exhibitions, most recently in 2012 with new works installed on the grounds of the Orangerie in Kassel for dOCUMENTA (13).