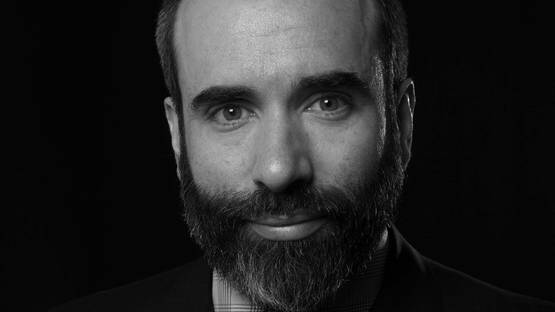 Since his emergence in the 1990s, Cary Leibowitz has established himself as a self-loathing, reluctant artist with a stellar reputation for making incredibly simple and effective art. Also known by his humoristic artistic pseudonym of Candy Ass, Leibowitz critiques the pretentiousness of the art world and the commodification of today's art. This New York-based author also foregrounds his gay and Jewish identity, exploring how it places him outside of the mainstream American society. Cary Leibowitz has an extremely broad range of mediums in which he feels comfortable as he creates prints, paintings, sculptures and installations, all full of humor and pathos.

How the Past Armed Him Creatively

Growing up in a suburb of New York City, Leibowitz felt like a chubby, unattractive, Jewish kid who struggled with assimilation. This self-loathing sensibility was exactly what underlined his initial artistic endeavors and placed Cary on the map of the 1990s American art. Unlike appropriation art of the ‘80s that simply appropriated images of mass culture and, to an extent, further propagated those images, Leibowitz shared his personal, albeit excruciatingly honest, views on the world. His work was also a response to the degrading and humiliating effects of the mass culture. Cary's practice often required him to incorporate such everyday items as mugs and knitted caps into his pieces, altering them with pointed text and arranging them into unlikely forms.

A Pivotal Show at the Jewish Museum in SF

In the ‘90s, Leibowitz was criticized in American gay circles for producing art that was not politically engaged enough. Additionally, he was criticized by art pundits for being too honest and open for contemporary standards as they were claiming he ventured too far off the mainstream course - as if that was not the author's main artistic quest. However, this all changed over time as Cary became renowned for his creative bravery and willingness to expose his most intimate views on the world and our society. The best evidence of how the perception of this artist changed is Leibowitz's first ever museum show held in the month of June in 2017, an exhibition that was held at the Contemporary Jewish Museum in San Francisco. Including over 350 of Cary's works from 1987 to the present, this show was a true marvel and a crown of the author's career, an evidence of just how long a road Leibowitz had to traverse in order to be where he is today.

Cary Leibowitz became known for a direct and honest approach to art making that saw him incorporate everyday items, altering them with pointed text and arranging them into unlikely forms

The Magic of Cary Leibowitz

Cary Leibowitz certainly does make do with what is and, not surprisingly, the result is often a mess - he often ends up plastering the walls with paintings, photographs and ephemera, filling them with handwritten one-liner puns referring to queerness, Jewishness and art history. And, you know what? We absolutely love it. The seemingly random juxtapositions of artworks in his shows resemble the inside of a chaotic teenager’s room, slightly disturbed but full of realistic emotions and the willingness to be honest when observing the world outside of its walls. Yes, the art of Leibowitz isn’t for everybody, but those who find themselves comfortable with this man's style and topics have found themselves a favorite artist for all ages.

Featured image: Cary Leibowitz - Photo of the artist - Image via nycstateoftheart.com
All images courtesy of the artist.