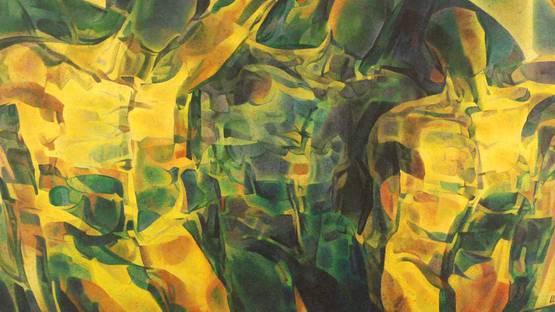 Cesar Legaspi (April 2, 1917 – April 7, 1994) is a Filipino National Artist in painting. He was also an art director prior to going full-time in his visual art practice in the 1960s. His early (1940s-1960s) works are described as depictions of anguish and dehumanization of beggars and laborers in the city. These include Man and Woman (alternatively known as Beggars) and Gadgets'. Primarily because of this early period, critics have further cited Legaspi's having "reconstituted" in his paintings "cubism's unfeeling, geometric ordering of figures into a social expressionism rendered by interacting forms filled with rhythmic movement".