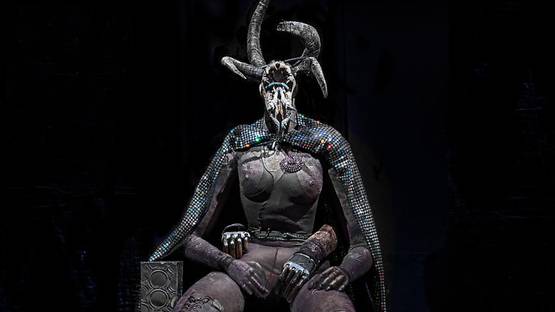 Charles Pfahl was an American Realist painter. He was born in Akron, Ohio in 1946, and died in Albuquerque, New Mexico in 2013. During his career, which spanned more than five decades, he painted psychological and dark images. They evoked strong emotional responses and centered around life, death, and fleeting childhood memories.

He painted across genres. His portraiture, moral allegories, dream narratives and still-lifes display his interest for color and light. Evoking strong feelings and disturbing, his paintings always developed in the same way. The process would begin by Pfahl making a few compositional studies and determining the size of the canvas. Then he would draw the image in charcoal, and start developing the painting in the traditional fat-over-lean method.

When the artist was 12, his grandmother, who also studied painting, sent him to her teacher in Akron, Ohio, the colorist Jack Richard, who was influenced by the painter Robert Brackman. Later on, Charles started attending Brackman’s classes during summers. He also studied with New York Realist painter John Koch, whom he met upon moving to New York in 1969. Koch influenced his work and life, and became his friend and mentor. He inspired Pfahl to master the use of light and color in his paintings.

Pfahl's works are featured in numerous private and public collections, such as Columbus Museum of Art in Ohio and the Salmagundi Club in New York. His work was exhibited in solo and group shows across the United States. His last solo exhibition was hosted by 101/Exhibit in Miami, Florida in 2009. Charles Pfahl received many awards for his work.