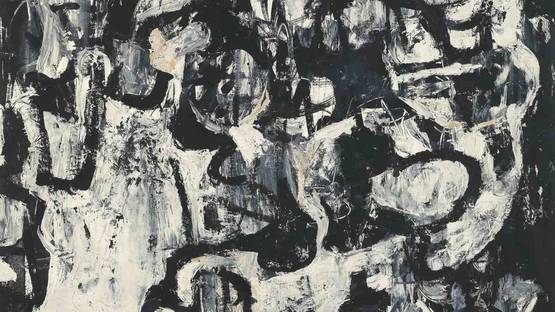 An American abstract artist, Charlotte Park was a natural painter and gifted colorist. Her important contribution to the Abstract Expressionist movement during its early years has only recently been acknowledged. Keeping a low profile over the course of her career, she was overshadowed by the attention given to the work of her husband, James Brooks.

Born in Concord, Massachusetts, Park studied from 1935 to 1939 at the Yale School of Fine Art. After moving with her husband to New York in 1945, she studied privately with the Australian artist Wallace Harrison. The couple became part of the circle of Jackson Pollock and his wife Lee Krasner, working with them and other young artists in establishing studios on Long Island before they moved to a cottage in Springs, East Hampton, which became their full-time residence.

Initially working in a monochrome palette, Park reintroduced color into her art, developing a truly lyrical style. Her canvases were characterized by complex compositions and charged relationships of colors, forming a vocabulary featuring clustered loops, black curvilinear forms that both define and liberate and tensed and sensual anatomical suggestions. Later in her career, she also explored collage, drawing passages of color from her earlier paintings. Inspired by Piet-Mondrian's Neo-plasticism, she also began creating open compositions that conveyed permanence and infinity.