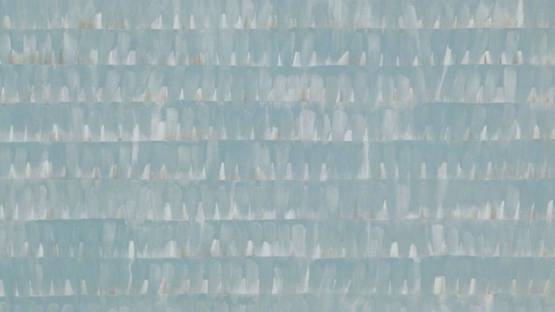 A celebrated Korean artist, Choi Myoung-Young is a leading figure in the Dansaekhwa movement. Dansaekhwa, the Korean art movement that emerged in the 1970s which literally means "monochrome painting", is often referred as an attempt of assimilation with Western modernism’s styles and a rupture with the country's cultural past and heritage.

Alongside Suh Seung-Won and Lee Seung-Jio, Choi Myoung-Young co-founded the Origin school in the 1960s. It responded to the turmoil of the Korean War and the April Revolution of 1960, insisting on a cool, controlled and system-based abstraction. While each artist had a distinctive style, they were united in expanding the boundaries of Korean abstract art. Myoung-Young's practice focused on the tactile experience of placing pigment onto the plane while letting go of all other intentions, allowing himself to become absorbed by subtle characteristics of his own actions.