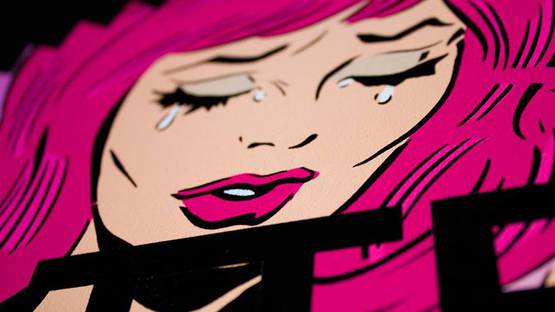 The artist seeks the inspiration for his work in his contemporary surrounding. Cunningham's work explores how pop culture and mass media influence our daily lives and our society. He wants the public to question certain ideals and draw their own conclusions. He exposes underlying issues by reworking the recognizable logos and symbols, and without giving any answer, he provides his own commentary on the contemporary social issues, hoping to open a dialogue.

In 2015, the artist participated in the group exhibition titled Heroes & Villains, hosted by Vertical Gallery in Chicago, Illinois, and the group show DP3, which took place at Gauntlet Gallery in San Francisco, California, and paid tribute to the robotic legends Daft Punk.

He is represented by Vertical Gallery in Chicago, United States.