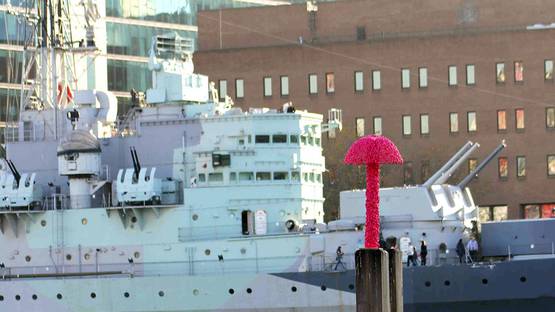 Christiaan Nagel, also known as NAGEL, is a South African artist internationally whose artworks are mainly made in the public space. With a career spanning two decades, NAGEL is most famous for his vivid mushroom sculptures installed on top of buildings, ships and other tall or seemingly inaccessible structures around the globe.