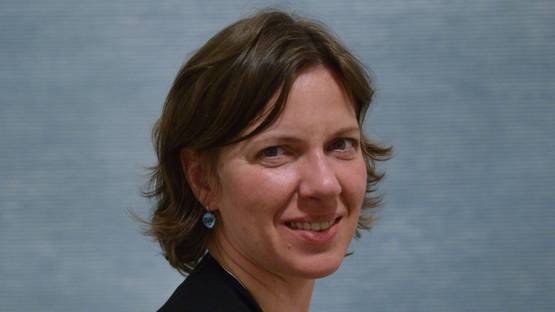 Respect the tradition, but don’t be bound by it. Accept its foundations and use them to build your own style. In a way, this couple of statements could be used to describe the work of Christiane Baumgartner, a German contemporary artist working as a printmaker. It can be rather difficult to make a major breakthrough working solely in prints, as most of the museum and galleries around the world prefer those made by artists already established in other respected fields, such as painting or installations. Baumgartner overcame these difficulties and reached a level of wide international acclaim. Her woodcuts are especially popular.

She was born in Leipzig and formed herself, both as a person and as an artist, living in East Germany, which was under communist regime at the time. After the fall of Berlin Wall and the reunification of Germany in 1990, she found herself living in a democratic society. This sort of extreme polarization continued in her artistic career. In her hometown, she studied at the Hochschule fur Grafik und Buchkunst and went on to obtain Masters in Printmaking at the Royal College of Art in London in 1999. While in London, nearly two decades ago, Baumgartner was interested and worked almost solely in digital media. After returning to Germany, she’d realized just how far she had moved away from the tradition she was born out of. Wanting the bring these two traditions together, to reconcile the past with the present, she began working in more traditional forms of image reproduction. Love towards the wood played a big role in her decision to create these specific prints, but there were also more important conceptual reasons behind it. Already quite familiar with the digital, especially the video form, she wanted to combine two techniques – the video, which is a reproductive medium in itself, and woodcut, since it’s one of the earliest (quite possibly the earliest) forms of image reproduction. This ancient technique seemed as the most appropriate choice in her quest of converting the digital into analog. Baumgartner enjoys the directness of the wood possess, but also the fact that it is a natural material where the wood grains are easily visible.

Slowing Down the Life

In the creation of her famous woodcuts, Baumgartner uses her own video stills. The choice of the image, its size and frequency, all of it happening on the computer, is the creative part of the process. This wonderful journey begins in the virtual world, where the image itself exists until it’s transferred onto the wood plate. She carefully cuts a grid of lines which she has previously transferred onto wood, and since this baseline grid is made on a computer, it is completely accurate. For the cutting process itself, she uses an old specially sharpened kitchen knife. Working with such a simple tool, and cutting the wood by hand, some mistakes and inaccuracies are bound to happen. They actually give the work some vitality. Once she has cut the whole image into the wood, which takes up to several months, she inks up the surface of the wood that hasn’t been cut, puts a sheet of paper onto it, and then rubs it off, the process that results in pure and simple woodcuts. Time is one of the key components in her work. Every print takes a significant amount of time to be made and yet manages to slow the time down by extending constitution of the image from a single moment to several months. She soon realized that the notion of time could be further explored and even more powerfully evident if the individual pieces were parts of a set, so she also creates an entire series of prints, all slightly different, but all thematically connected. Her earlier pieces were based on speed, which later evolved in car and street motifs, but also weapons and war. As she admits, “there is a certain beauty which often appears in connection with threat or violence of some kind.” The memories of war in still-existing tracks from the East Germany and television images of bombing from documentaries on the WWII are responsible for these works, all designed with symbols that burden our memories.

The choice of an ancient technique in the contemporary world and the specific skill set that Baumgartner possesses make most of her pieces quite memorable. The monumentality in scale came with the Transall (2002), a piece that stands out due to the fact that its source was a single photograph (compared with other works, taken from video stills). It depicts transporter planes waiting on the tarmac (the picture was originally from Der Spiegel). Monumental in size and physically immense, the image remains unstable, as the form of the planes tends to dissolve into abstraction when observed from a close distance. The experience of looking at the distant horizon while driving in a car is recreated in Skyline (2007). Once again exploring the view from a moving car, Baumgartner selected four scenes of motorway underpasses and created Solaris (2008). With predominant darkness, the lights from the underpass serve not to illuminate but to guide. Along with the edge of the road, these lights form markers for exploration of single point perspective, drawing the viewer towards that elusive vanishing point. Deep Water (2013) is a diptych and a multi-colored piece, which is a move away from Baumgartner’s usual monochromatic work. The title references the Deepwater Horizon oil spill of 2010, which happened whilst the artist was participating in a residency in Birmingham, when she collected the footage for the piece. Totentanz (2015), meaning the Dance of Death, is printed in electric blue, depicting the smoke trails of a plane which has been shot down and is falling from the sky.

An ancient technique in the contemporary world

As stated above, it can be rather difficult to make a name for yourself when working mostly in printmaking. Baumgartner is truly fascinated by this form of image production, from frottage and other basic techniques to more complex ones such as etching and screen-printing. She has been making prints since her childhood and loves every bit of it. For her, the process of printmaking is not a substitute to the major disciplines of sculpting and painting, but rather a fully-fledged artistic technique, on par with the rest of them. Aside from woodcut, a discipline she’s most famous for, in the last couple of years Baumgartner also began working with some other techniques, such as photogravure and etching, and she began drawing again.