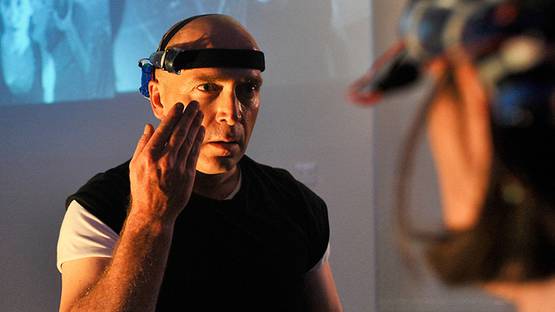 War has undoubtedly been one of the defining characteristics of our culture and our way of life in general. It is one of the most controversial things, which causes mixed emotions. For some, it is liberating and brings them freedom – for others, it’s a disaster that could have been averted. Christo Doherty is a South African photographer who’s taken upon himself to shed some light on the conflict that happened in the Angola and Namibia, where many atrocities took place. He used whatever photographic references he could find and then recreated the scenarios, using live models for some, and toys for others.

The focus is on the ‘border war’ which lasted from 1966 all the way until 1989, where the South-African apartheid regime fought to keep control over what is today Namibia, sending army which then committed horrible crimes. The artist is exploring history, on one side, and the popular and accepted image of the conflict, on the other. He was inspired by the testimonies of the South-African soldiers who were involved in these crimes and he wanted to recreate some of the scenarios, no matter how painful they be. For history, the real history, must not be forgotten. Doherty used all the photographic references he could get his hands on, and then tried to show what really happened, all the emotions on the soldiers’ faces, how they felt during the fighting. Of course, the accent was on the victims and the way the both dead and the living were treated.

The accent is on the victims

The World of Digital

Christo Doherty has earned his PhD in Fine Art from The Wits School of Arts, where he currently works as a Professor and the Head of Digital Arts. His interests include interface history and design, concepts of interactivity, digital production and delivery systems, copyright and intellectual property, languages of new media, and digital video and installations. The artist considers himself to be a performance photographer, and he’s certainly able to harness the flexibility of digital photography with the speed and empathy needed to capture the meaning of the moment. Doherty is all for the digital photography as it uses the best tools available to improve the quality of the pictures and to accelerate the speed of publishing and delivering to the viewers.

Doherty took a little detour from traditional photography in 2015 when he and Aryan Kaganof directed the Lamentation, a short movie that leans on Doherty’s previous work regarding the South African Border War. The movie is languid in its pace, and its juxtapositions are abrupt and brutal, showing the reality for what it truly is. Not all is black, for at the end of the movie there’s a clear message that we can learn from the darkness, and we should, so things like that can never happen again.

He is represented by Galerie Galea in L´Isle sur la Sorgue.