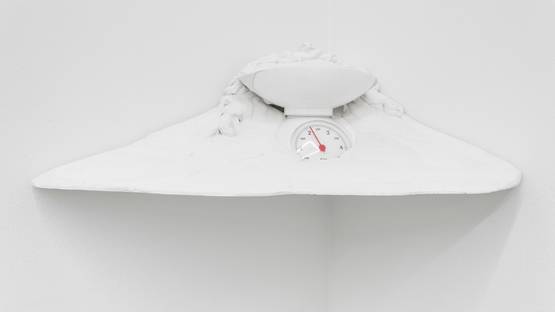 A second-generation performance artist, Christoph Rütimann is also a painter, a draftsman, a sculptor, photographer and video artist. Although diverse in media, his work is always marked by a performative attitude.

Born in 1955 in Zürich, Switzerland, Rütimann currently lives and works in Müllheim, Germany. After obtaining his primary school teacher license, he attended the School of Design in Lucerne from 1976–1980, where he graduated with a diploma as a drawing teacher. Since 1981, he regular exhibitions and performances at home and abroad. In 1993 he represented Switzerland at the Venice Biennale. In 1989, he received Conrad Ferdinand Meyer Prize, and in 2005, International Art Award of Vorarlberg.

Rütimann uses a multitude of artistic strategies and ranges from performances to sound, text, photo and video works to classic means of expression such as drawing, painting and sculpture. He often references scientific questions, approaching them in a playful way and expands the scientific discourses to include the dimension of the imponderable. His ongoing project, created over the last 19 years, is a series of complex Geh-Länder video-rail-recordings in different cities of the world, moving his camera along existing structures, such as rails, tubes or railings.