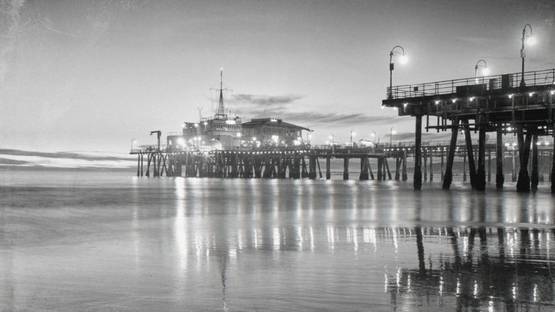 Christopher Thomas is a German photographer and photojournalist best known for his cityscapes devoid of human presence. He predominantly works in the early hours of the morning, using a large-format camera and black-and-white Polaroid film to achieve the richness of detail and tonal nuance. Captured with long exposures, Thomas’ images of iconic sights and buildings around the world appear hazy, atmospheric, and timeless. As a photojournalist, he has covered issues such as orphans and those affected by leprosy. Born in Munich, Christopher Thomas graduated from the Bayerische Staatslehranstalt für Fotografie and has received many international awards as a commercial photographer.