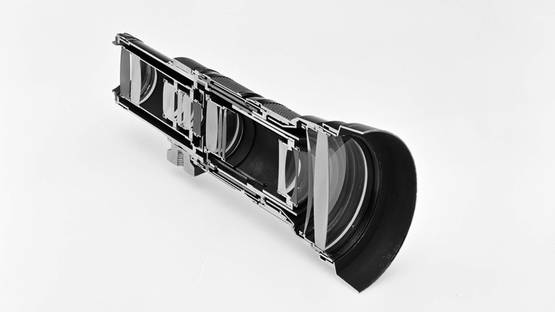 An American conceptual artist and fine art photographer, Christopher Williams is known for exploring obsolescence and the relationship between photographs and the objects they document. High-gloss and crisply focused, his photographs evoke the commercial photography of a bygone era.

Born in 1956 in Los Angeles, California, Williams currently lives in Cologne and works in Düsseldorf. He studied at the California Institute of the Arts where he received his B.F.A. and M.F.A. under the first generation of West Coast conceptual artists including John Baldessari, Douglas Huebler, and Michael Asher. His first solo exhibition took place in 1982 at Jancar Kuhlenschmidt Gallery in Los Angeles. His work is included in public collections of The Art Institute of Chicago, Hammer Museum, Los Angeles, Hirshhorn Museum and Sculpture Garden, Washington, DC, Ludwig Museum, Cologne, The Metropolitan Museum of Art, New York, The Museum of Modern Art, New York, Solomon R. Guggenheim Museum, New York; and the Whitney Museum of American Art, New York, among others. Since 2008, he has been a professor in photography at the Kunstakademie Düsseldorf. His wife is curator and former Stedelijk Museum director Ann Goldstein.

Williams' works question the communication mechanisms and aesthetic conventions that influence our understanding of reality. These layered works reference a range of art history sources, including the carefully composed and well-lit images of the 1920s New Objectivity movement, the photo-conceptualism that he encountered as a student at CalArts in the 1970s, and the advertisement industry.