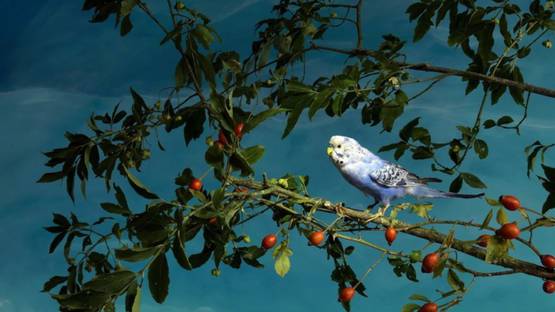 Clark & Pougnaud is a French artistic duo whose work displays singular interdisciplinarity comprised of painting, studio models, and photographs. The duo consists of Christophe Clark (born in 1963), who comes from a line of photographers and started as his father’s assistant before opening his own studio in the 1980s; and Virginie Pougnaud (born in 1962), whose painting practice was strongly influenced by her grandmothers, both painters, and her mother, who comes from a theater world. Clark & Pougnaud was formed in the 1990s. Their practice consists of Pougnaud imagining miniature stage sets, creating them, and painting the decor while Clark photographs them. As for the characters, they are photographed separately and then inserted into the decor.