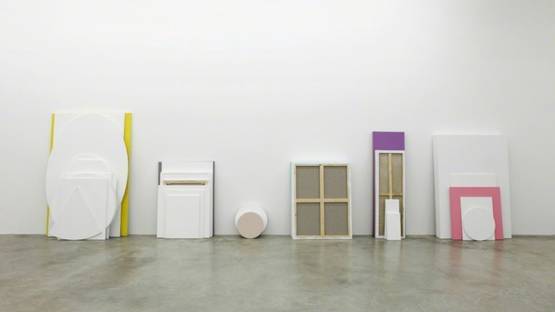 A French minimalist and conceptual artist, Claude Rutault is best known for a distinct way of expression he created and titled definition-method, which is basically a manual how to create-update his art piece.

Born in Trius-Moutiers, France in 1941, Rutault had a highly important role in art in France since the 1970s. He began using his definition-method in 1973, inspired by the event when he repainted his walls of kitchen and accidentally covered a small painting he had left. He soon published a text that forms the instructions of an evolving work that should be "updated" by its "taker" such as a collector or museum. As he explained, canvas should be braced on a stretcher, painted the same color as the wall on which it is hung, using standard formats available in the trade and traditional hanging arrangement. The identity of the canvas color with the wall has led to the development of a corpus of over 300 definitions/methods.

All of Rutault’s paintings prior to 1973 have been entirely repainted following this principle. The artist has broken away from the strict color identity between the canvas and the wall by taking his paintings away from the wall, stacking them or placing them on the floor or up against the walls.