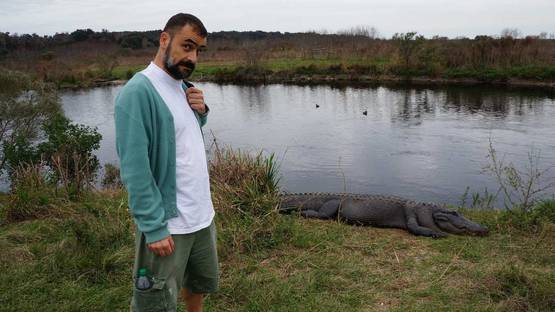 Born in 1971, Colin received his BFA from the San Francisco Art Institute in 1993. Thus, Chillag only half-follows in the footsteps of older greats working in the hyperrealist genre, such as Chuck Close, Richard Estes, Robert Bechtle, who rendered the visible world in acute detail and monumental scale. Instead, Chillag embraces failure. Given the pointlessness of fully finishing something already photographed—and therefore already represented with more detail than possible by the human hand - Chillag never fully finishes a painting and instead leaves his daily thinking apparent to his viewers.

The final painting captures an evolution rather than a moment, as Chillag leaves his painting process open for the viewer to explore. Even as Chillag uses painting to explore the world around him, part of his aim is to deconstruct his interpretation of the visible. His hyperrealism’s intense finish dissolves into sketches, underpaintings, and notes-to-self. Meditative in effect, these passages show the tracks left by Chillag’s brain, drawing connections between things and things-to-do, wandering through varied creative spaces. Chillag refuses to adhere to any pretense of painting as a window onto another scene or a fixed moment in time. Instead, he allows viewers a glimpse of his consciousness. At some points complete, and at times appearing to be in process, Chillag constructs these pieces like passing memories, where certain details remain but others fleeting.

Chillag’s work has been featured in solo exhibitions in Miami and Los Angeles as well as numerous group shows. He is featured in the permanent collection of Scottsdale Museum of Contemporary Art and Arizona State University Art Museum.