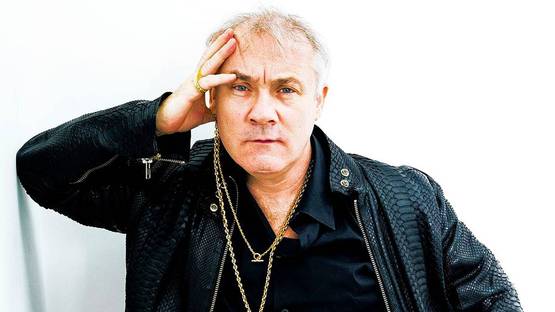 Whenever you think that the creative world has seen it all, someone new comes and surprises the public with a witty, genuine, and sometimes even a shocking approach to the craft. There are many artists that have caused a wow factor with their artistic creations, but a few managed to completely change the way art is seen. Often getting a mixed response from the viewers, the British artist Damien Hirst is one of the most prominent contemporary artists present on the current art scene. His unconventional artwork has drawn a lot of attention over the past couple of decades, making him the wealthiest living British artist today.

The Triangle of Life, Death, and Creation

The practice of Damien Hirst fuses any person’s biggest questions and concerns, exploring the idea of death, how it fits into life, and how both of these interact with art. The creation of such a triangle came in adolescent years of his life, as he often visited the anatomy department of Leeds Medical School as a part of making life drawings. The idea of death and its part in the life of those not yet consumed by it left a mark on Hirst that can be seen throughout his career. In the years during and following his students days at Goldsmiths college, Hirst's artistic display was mostly concerned with such ideas, and they are obvious in pieces like With Dead Head (1991) and A Thousand Years (1990). The unusual piece that portrayed a dead cow’s head being consumed by maggots and flies in a tank was the first of its kind and it launched Hirst straight into the limelight of the artistic world of the 1990s. The fact that Charles Saatchi himself was amazed by the piece and bought it straight away definitely helped propel Hirst’s reputation; regardless, the boldness and the angle of viewing things that he displayed in his early days are the qualities that made him dominate the scene during the last decade of the 20th century.

Relieving the Issue of Paint

During Hirst’s time at Goldsmiths college, he received a lot more than just the knowledge of painting. His perception of sculpture and painting had drastically changed in this period, leading to some of his most influential series of works. In the second year of studies, Hirst, along with several other colleagues, organized a group exhibition titled Freeze that would end up being a “springboard” for some of the now widely known British artists. The show consisted of three stages and in the last one, Hirst displayed his spot paintings. Painting literal spots of paint on the warehouse walls, the two pieces that were displayed at Freeze would turn into possibly his most prolific series, one which he can be recognized by even today. The paintings were more than just a success for the artist, as he felt a relief making them; Hirst stated that the form solved a lot of issues that he had with color by “pinning down the joy of color.”

Establishing his position in the eye of the public, Hirst continued to give the viewers something that they haven’t seen before. Starting a series in the early 1990s, Hirst set out to create a “zoo of dead animals,” and to a certain point, he’s realized his goal. The series titled Natural History is filled with notorious works generally following the form of preserved creatures placed in steel and glass tanks filled with formaldehyde solution. The piece that can be said to represent not only the series but the modern British art at the end of the 20th century is The Physical Impossibility of Death in the Mind of Someone Living (1991). Displaying a shark in a vitrine immersed in formaldehyde, Hirst started digging deeper into the meaning of death, changing the perception of pop culture and truly tying together life, death, and art. As the name of the series implies, it wasn’t the only animal inhabiting this “unconventional zoo.” In the following years, Hirst put out several other similar works as part of different exhibitions; the most known ones include Mother and Child Divided featuring a cow and its calf cut in half and displayed in a tank filled with formaldehyde, and Away from the Flock that included a sheep displayed in the same conditions. Although these types of works had raised Hirst’s reputation in the world of painting, there have been quite a few controversies shrouding his practice and actions.

Hirst tied together life, death, and art in his artistic practice

Titled as the wealthiest British artist alive, Hirst's work climbed the steps of monetary value with a seeming ease from the very start of his career. Enticed by his early "animal" installation works, Charles Saatchi bought a piece in 1992 titled The Physical Impossibility of Death in the Mind of Someone Living for no less than £50,000, which is an astonishing amount for someone just starting out in the art world. Naturally, the numbers only went up for Hirst's artwork and the fact that speaks of just how rapidly his work has increased in value is that Saatchi had sold The Physical Impossibility of Death in the Mind of Someone Living a bit over a decade later for £6.5 million. Though it may be hinting towards why he's the wealthiest British artist alive, this is far from his most expensive piece and the price of the materials used for some of them can tell you why. Presented in the Beyond Belief exhibition in 2007, the For the Love of God sculpture was comprised of a human skull recreated in platinum and decorated by 8,601 diamonds valued at approximately $30 million. Though there is no official record of its sale, Hirst's initial asking price for this piece was $100 million, making it one of his most valued pieces. Making himself stand out in regards of monetary value of his artwork, even setting the records in the field, was the Beautiful Inside My Head Forever auction at Sotheby's in 2008; selling a total of 218 items, Hirst managed to raise a total of $198 million, beating the former existing record for a single artist sale by more than 10 times.

Hirst's work climbed the steps of monetary value with a seeming ease from the very start, unlike the ordinary artists with their pieces

The Controversies of Hirst's Art

Damien Hirst is, without a doubt, one of the biggest and most prominent figures on the scene of contemporary art. He has created not just monumental pieces, but whole settings, directions, and routes any artist might choose to follow in the future. However, with the moving of so many borders in a field of practice, there’s bound to be recoil coming out of certain directions and Hirst has seen his fair share of it. As much as he’s been praised on one side, there have been negative connotations and questions of the validity of “art” in his artwork. More than the way Hirst does art, there have been numerous issues of plagiarism following the works of the famous artist. From the pieces from his Natural History series to the acclaimed diamond-filled skull titled For the Love of God, Hirst has tackled the big issues of life and death while often confronting plagiarism claims from various artists. He is also known for bypassing his long-standing galleries on one occasion, selling a complete show at Sotheby’s auction that raised $198 million in 2008. Regardless of the way you might see his art, its intensity and extraordinary composition is hard to ignore. Pushing the boundaries with his ideas, the work of Damien Hirst deals with the notion of death both in its elegance and gruesome details by presenting forms and situations of equal emotional and striking value.

Featured image: Damien Hirst's Portrait - image via conversations.e-flux.com
All other images courtesy of the artist.