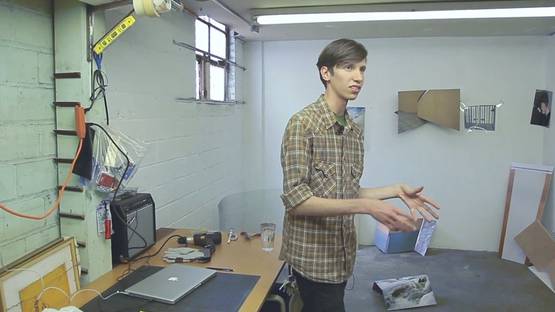 Dan Swindel is an American artist, known for blending sculpture and photography. His intent is to make images which can be seen as dynamic, independent objects, and experienced in different ways in space.

In 2015, Swindel's works were included in Second Nature exhibition, a four-person show organized by Hashimoto Contemporary Gallery in San Francisco. The show also featured the works of Bessma Khalaf, Jacqueline Norheim and Steuart Pittman. The common thing for all four artists is that they use their experience as material for their creations, which has become a "second nature" for them.
Dan Swindel was featured in KQED Arts in 2013, and Oakland Art Enthusiast in 2014.