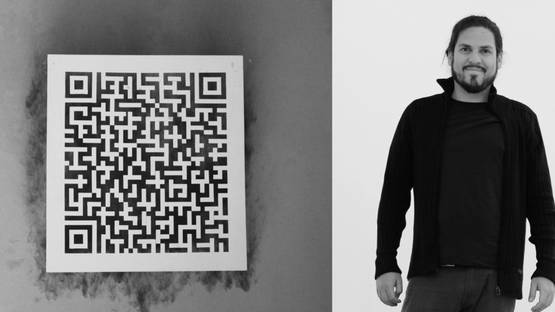 David Beltrán, born in La Habana, in 1978, is a Cuban artist mainly working with photography, painting and installation. Beltrán graduated from the Higher Institute of Art (ISA) in Havana in 2003, but he has gone through the Havana’s San Alejandro Academy of Fine Arts and earlier to “20 de Octubre” Elementary School of the Arts in Havana, starting with 12 years old.

As part of Edgar & David duo, he started to develop his first site specific installation works and at the same time he became part of Enema Collective guided by Cuban artist Lázaro Saavedra. The starting point for this group was to interpret certain historical performances art by translating them into a collective experience. In 2005, Beltran became part of Golden Popeye’s Theory group, a multidisciplinary project (concerts, radio, TV and newspaper interventions) that departing from a rock band format and using actionism and noise aesthetic became a sort of icon for the generational dissatisfaction of that time.

In 2007 Beltran started to work independently, exploring photography and painting. In his wide photographic series Fragments of Infinite he propose a sort of “founded paintings”, which are fragments of a reality that he has emptied of narrative and history, by modifying scale, angle or orientation. These series can act like a quotation to an art movement or a recognized painter. Despite its abstract appearance, some of his works are a registration of an action. This is the case of Immersed Feelings, Breaths of Life and Burnt Paintings. They register the essence of a feeling.

He lives and works between Havana and Madrid.