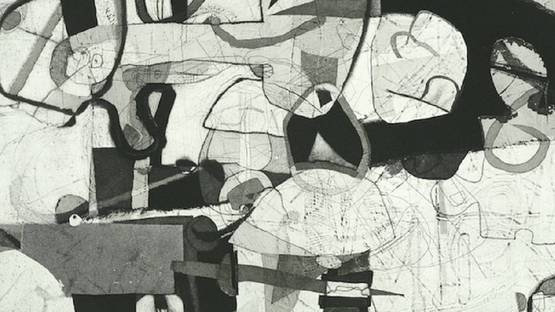 David Kelso is an American artist, born in Van Nuys, Los Angeles, California in 1948. He sees print as a medium for original expression, and works as an intaglio printmaker. He has been a professional printer since 1971.

During years, Kelso has worked with a number of artists, including Joseph Goldyne and Frank Lobdell. Unlike other collaborators, Kelso always wanted to create strong work relations with his fellow artists, which could last for months, even years if necessary. Printmaking is seen as a way, a possibility to express yourself, not only a method for reproduction. The artist’s extensive knowledge allows him to project his thoughts in the printing medium. Collaborations are improving Kelso’s own art by making him realize what the artists are going through in the process of creation, and of course, they are making him a better collaborator.