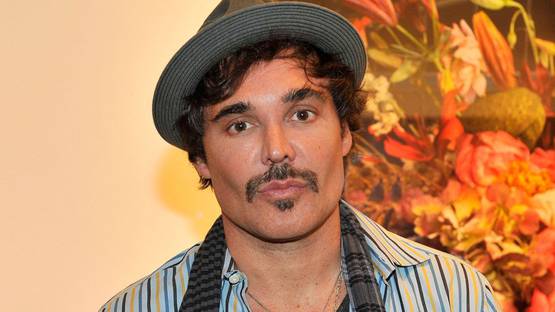 David LaChapelle is an American photographer that worked in the fields of fashion, advertising and fine art photography throughout his career that lasted for over thirty years now. What brought him to the top of the art world were his photos of various celebrities he made in an unusual way - vivid, erotic and brimming with life. This artist is noted for his surreal, unique and often humorous style. Perhaps his strongest feature is his exceptional talent to successfully blend a unique hyper-realistic aesthetic with profound social messages and art history references. This makes his portfolio look a lot like someone's dreams: My pictures are about getting as far away from reality as possible. Dreams should be part of our everyday life.

David LaChapelle was born on March 11th, 1963, in Fairfield, Connecticut. After some difficulties surrounding his early discovered homosexuality, he attended North Carolina School of the Arts and the School of Visual Arts in New York. He first met photography at a very young age when he started making his first images during the teen years. What once was a hobby slowly started to unravel into something David might be interested in doing for his entire life. LaChapelle’s professional career began slowly during the 1980s, at the time when he was showing his artwork in various low-profile New York galleries. Mostly unknown up to that point and considered nothing more than another young photographer with loads of potential, David's photos were noticed by the legendary Andy Warhol. LaChapelle was only seventeen years of age at the time. The Pop-art icon offered LaChapelle him his first job as a photographer at Interview Magazine, Warhol's journal that was already covering many themes in contemporary photography, like the career of the aspiring Robert Mapplethorpe. Highly motivated by the chance that was given to him out of the blue, David started photographing different individuals that were chosen to appear on the pages of Interview Magazine. He soon became noticed for his characteristic use of color, highly humoristic and often erotic work. After that, the photographer's career has been going nowhere but up. He soon started shooting for a variety of top editorial publications.

The Times Of Full Pop Mode

Although LaChapelle was once interested in exploring themes of mortality and transcendence through fine art - mostly black and white images like the aforementioned Robert - after tasting the success with Warhol he decided to go into a full Pop art mode, so to say. Soon he became known for his hyper-realistic, distinctly saturated depictions of the VIP culture and David's name was on everyone's lips. The celebrities were literally lining up to get a chance of appearing inside David's portfolio. After he managed to establish his name as a leading one in the world of picture-taking, David LaChapelle decided it was time to branch out a bit. He began directing music videos and documentary films, even a few live theatrical events - most notably Elton John’s The Red Piano. He directed music videos for numerous singers, such as Christina Aguilera, Moby, Jennifer Lopez, Amy Winehouse, Britney Spears and No Doubt. As for his aforementioned documentary flicks, LaChapelle became a subject of much acclaim for his Krumped, an award-winner at Sundance annual festival. This film would later develop into RIZE, a movie that really put David's name on the cinematography map. No matter which medium he was working at, David was always inspired by many things - by everything from traditional art history to street culture. And furthermore, he was always successful no matter in what medium he was testing himself in.

LaChapelle's Celebrities And His Personal Angle At New York

Over the years, LaChapelle's photos have graced covers and pages of such magazines as Italian Vogue, French Vogue, Vanity Fair, GQ, Rolling Stone and i-D. He worked with many celebrities that proved to be era-defining individuals: Tupac Shakur, Madonna, Eminem, Andy Warhol, Philip Johnson, Lance Armstrong, Pamela Anderson, Lil’ Kim, Uma Thurman, Elizabeth Taylor, David Beckham, Jeff Koons, Leonardo DiCaprio, Hillary Clinton, Muhammad Ali, Britney Spears, Amanda Lepore, Katy Perry and Lady Gaga - to name just a few of them! LaChapelle has published four large books full of his photographs, including LaChapelle Land and Hotel LaChapelle, both containing vivid and bizarre portraits of star figures. It should also be noted that David LaChapelle is responsible for some of the most remarkable and memorable advertising campaigns of his generation. In 2006, LaChapelle made a tough choice of backing away from the commercial photography, all with goals of returning to his original roots that were mostly focused on fine art picture-taking. By doing so, David became a leading artist of the academic scene of while simultaneously continuing to be a crucial part of the pop side of the medium as well. Why LaChapelle made such a choice is anyone's guess, but luckily his art did not suffer for that decision as it remained intriguing and fresh. As the artist himself explained: I reintroduce my personal ideas of transfiguration, regaining paradise, and the notion of life after death.

The Value Of David LaChapelle

In 1996, one article called David the Fellini of photography, a phrase that continues to be applied to him. This alone can speak enough about his importance. Over the course of his long career, David LaChapelle represents an unavoidable stop for all the people that feel as aspiring photographers or directors and wish to become more familiar with the camera. Ever since his first photograph that was a shot of his mother Helga LaChapelle holding a martini glass on a balcony, LaChapelle was obsessed with cameras and images, giving literally everything he had to the medium. This eventually led him to a status of a legendary American artist, without whom the photography would probably not be the same. From his Pop-art shots of celebrities to David's more classical pieces, Fellini of photography is truly a master at what he does and his work is a must from any fan of the medium.

The artist is represented by Me Collectors Room in Berlin and We Art Partners in Paris.

David LaChapelle lives and works in New York and Paris.