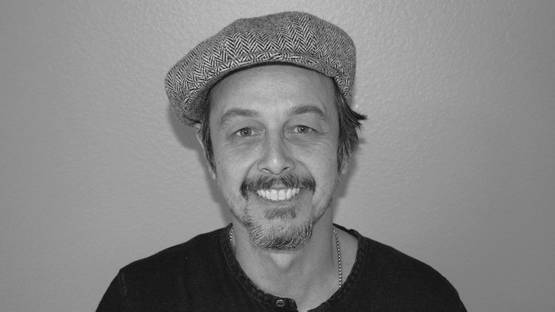 There is nothing wrong with comics, at least at first glance. They seem innocent, fantasy-based and without any significant impact on reality. But, a deeper analysis reveals that they have become a symbol of consumerism, where only the movies can earn over a billion dollars each. David Leroi has always had contempt for capitalism and its dehumanizing cruelty, and he decided to base his art on the very same things he’s trying to eliminate. Use their own against them has been his motto ever since. Just to clarify, the artist doesn’t hold a grudge against comics or the superheroes depicted in them – he’s only interested in revealing and destroying the system that stands behind all the popular things today.

His work revolves around popular culture, and he certainly draws inspiration from it. But, his style, although it shares some similarities with pop art, is simply said, more than that. It could rather be called the melting pop, since it ‘attacks’ and dissolves the popular icons. Leroi is trying to define the shape of global culture through visual degeneration and telescoping of meaning. He uses references from movies, music, and comics in order to turn the omnipresent capitalist system against itself. In his paintings, the artist often uses political statements that address the common problems in the USA, such as the lack of jobs or the constant outsourcing to China.

Leroi was born in France and has studied at la Villa Arson in Nice, where he earned his MFA in 1996. In 2002, he moved to Miami. Because of his comics-based paintings, people see him as a geek, which is actually pretty far off from the truth. He did read comics when he was younger, but not that much. At least not in an amount which would classify him as a geek. Leroi simply sees the comics as his Trojan horse since the people connect easily with the images from comic books. He emphasizes the words, as they are tense and carry the messages. The goal is not to be provocative or to trigger an emotional response. Instead, David is much more interested in the political and conceptual side, adding his own sense of humor and cynicism to the paintings, making them original despite the fact that the characters he uses are created by other artists.

After a hiatus away from the Arts (he has been working in the historical restoration field), Leroi has relocated with his family to Southern California and decided to re-launch his artistic career. “It is a strange but good feeling to immerse yourself again in your own work.” He is still convinced that comics are the most recognized and efficient visually, bridging social class, gender and race. However…

Things have obviously changed and in the current chaotic political context, words seem to have lost all power; therefore I will not use words anymore in my paintings and my works will be on "silent mode". I have found a new angle though and discovered that aside from all the superheroes, Comics are also populated with regular folks - the necessary supporting characters. They are taxi drivers, soldiers, doctors, lab technicians... These characters require a deeper look and once discovered, they are fascinating. These everyday anti-heroes are now the subjects of my paintings, and they are silent.