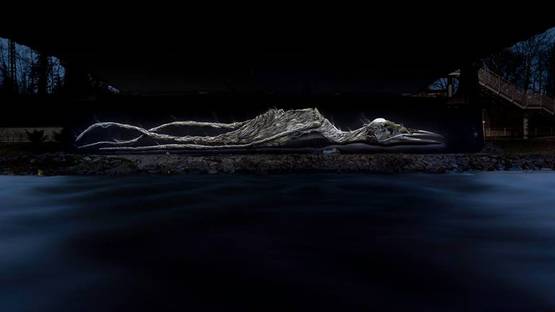 David Monllor is a Swiss artist born in 1987 in the Swiss canton Aargau, as a son of an Italian mother and a Spanish father.

He discovered his passion and fascination for portraiture and painting in his childhood. At the age of 12 he encountered for the first time the subculture of graffiti that deeply influenced him. As a self-taught artist David Monllor developed his own techniques with the spray can right up to the ultimate perfection. Hyper-realistic portraits have become his trademark, and his connections within the Urban Art scene enabled him to travel frequently and create walls domestically and abroad.

In search of new ways of expression he has discovered his fascination for oil painting in the last years. His current works range from meticulously elaborate photo-realistic paintings and abstracted portraits that decompose explosively and through the commotion create a completely new aesthetic in the eye of the beholder.