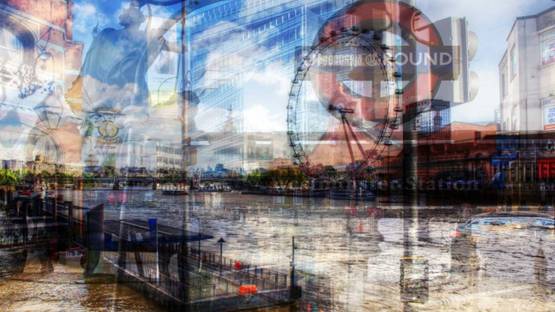 Davide Bramante is an Italian artist widely known and recognized for his large-format photos portraying metropolitan cities around the world. These are made with the analog technique of the multiple exposure during shooting, the result of multiple shots, usually from four to nine, on the same frame. He has also created videos and interactive video installations, material installations, and environmental installations. Born in Syracuse, he studied at the Accademia Albertina di Belle Arti of Turin, where he graduated in 1995.