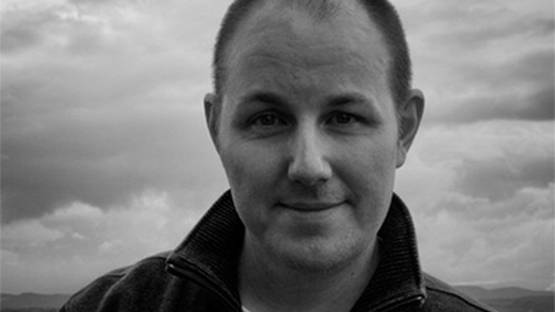 Doug started out as an animation cameraman at the BBC in 1982. He soon became a lighting cameraman, shooting TV title sequences and commercials for many of the top production companies in London. In 1993 he joined the renowned Blink Productions as a commercials director and garnered some of the advertising industry’s highest awards for his films.

Doug gave up the world of commercials in 2006 to devote all his energy to making art. His first works were a set of finely crafted film installations that explore the lengths that people will go to when faced with serious challenges.

Film and video artist Doug Foster is fascinated by optical illusion. For one of his earliest projects, he built a walk-in film installation that immersed viewers in a panorama of image projections.

After a long and successful 20-year career as an award-winning commercial director, Foster turned his estimable knowledge of filmmaking and special effects back to artistic practice, crafting a series of large-scale hi-def stereoscopic video installations that featured eerie cyclical narratives and kaleidoscope-like animated patterns that border edon the psychedelic.Convolver, for example, turned a 27-paned window into a swirling projection of aquamarine liquids and their various movements and textures.