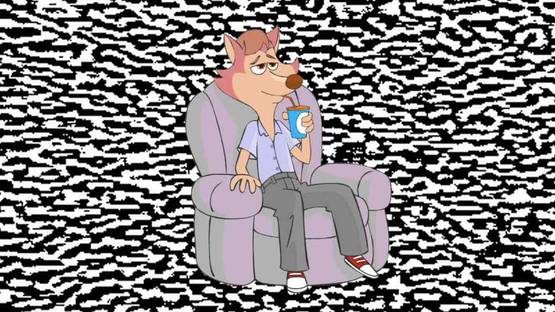 A man that tries to break down the distinction between the online and the offline worlds by transforming web-oriented elements into sculpture and performance-based installations, Ed Fornieles likes to call himself a post-internet artist. He treats Facebook, Twitter, Tumblr, and Instagram as raw materials used for a singular purpose - to disrupt the world of the internet, a world in which we all feel so safe. Where we see nothing but a magical window for social media and surfing, Fornieles sees an opportunity to create something uniquely new. Ed is also known for his performance art pieces in which he likes to be in complete control while secretly sitting in the backstage and observing the clueless attendees as they believe they are developing the situation on their own.

Although Ed Fornieles usually focuses his artistic attention on the online world, he actually has an MA in sculpture, gained at the Royal College of Art in London. However, at some point, he decided that he preferred toying with more intangible things then sculpting. Filling his work to the brim with satire and dark humor, Fornieles uses information from news feeds and social media to explore contemporary interests - therefore the post-internet artist term. Ed does not use the internet as the rest of us and does not understand why we all stick to strict rules imposed by the invisible hand: You can spiral off in any direction, create fantasy worlds for yourself, you can properly become unstuck from reality and start using the internet in a way it wasn’t designed for. He describes such work as a completely 21st-century medium because the online technologies have a form and attitude unmistakably belonging to modern times. Fornieles states: It's a moment more than anything. You can’t avoid the internet, it’s so much part of the landscape and it’s exerting so much of a force that you have to see everything in that light. Much of his recent work can be attributed to his former profession as a data analyst - a job that allowed Ed a way of thinking and observing information which comes very in handy to his new career as an artist. He is driven by the way we willingly accept to be followed and exposed on social media websites where everyone can watch us exist in an environment. Inventive and moderately provoking, Ed Fornieles is attracting enormous interest internationally.

The humor of Fornieles's work is undeniable. For example, in his so-called Facebook sitcom titled Dorm Daze, Ed created three fictional characters based on real students and their Facebook accounts, hired actors to interact with each other as the three false profiles and just sat back enjoying the complete chaos. This project lasted for three months and it resulted in a content-generating performance that the artist called an act of social media terrorism, claiming that his fictional profiles corrupted Facebook’s analytics and data. Another piece worth mentioning is Fornieles’s Modern Family - a project that raised questions about the idea of the American Dream through ridiculing stereotypes, calling it a utopian, slightly fascistic environment. It should be noted that this project has much to do with Ed's break up with Felicity Jones with whom he had a long relationship. Last year, at the New Museum in New York, he organized NY NY HP HP, a performance celebration in which attendees were given specific roles to be played out over the course of the evening — it eventually descended into a pillow fight and mock orgy. It can be easily seen from these examples what role Fornieles envisions himself in - a shadowy/corporate figure and an outsider that no one can see but still pulls all the strings, controlling every game we participate in and believing we have a say in the matter. It’s all very deliberately in-your-face and intense as he enjoys going over the top as much as possible, calling that exaggeration the main feature of his art. Ultimately, Ed Fornieles makes a caricature of digital culture, which is already, in a sense, a dark parody on its own.

When he is not organizing online projects, Fornieles enjoys orchestrating performance pieces

Should We Go Offline?

There is no denying that social media websites play a large role in our modern lives. Maybe too large a part. That may as well be the lesson that Ed Fornieles tries to teach us. We publish information online, allow access to every image we post on Facebook, meet other people by staring at screens, investigating who they are by secretly examining exposed information and then erasing it from our computer's search history - these are not normal things from a psychological standpoint. Fornieles shows us what he is able to create out of social media content and warns us: You have this warmth you get from interacting with your friends on Facebook or Twitter or wherever, and having this correspondence and this culture of ‘likes’. But the underbelly of that’s different: your data is being traded, you’re part of this strange economy where you’re eating yourself and being eaten at the same time.