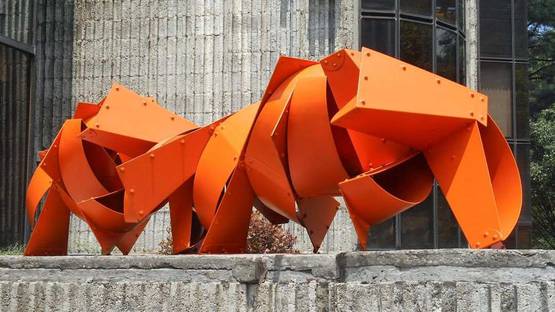 Edgar Negret was born in Popayán, Colombia. He attended the School of Fine Arts in Cali, Colombia. Initially working in stone in styles reminiscent of European modernists like Jean Arp and Constantin Brâncuși. By the early 1950s, he began working in metal in constructivist tradition.