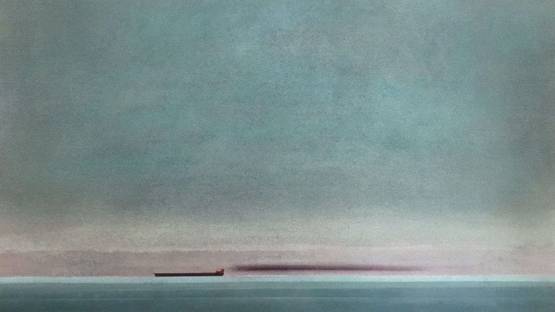 For over 50 years, Angeli has been exploring a single theme, the myth of silent space. Over the course of his career, the artist gradually abandoned human figures, nature and bright pastel shades for strict geometric forms and muted tones. However, both his vividly colored and light-drenched pastels of the 1970s and 80s as well as the dark and gloomy paintings that he has produced since the late 1990s are characterized by the mood of melancholy, loneliness and silence.

Born in 1942 in Vienna, Austria, Angeli studied Painting, Art Education and History at Academy of Fine Arts in Vienna with Professor Robin Christian Andersen. After his studies, he moved to Istanbul in 1965, where he taught as a Professor at the Academy of Applied Arts until 1971. After returning to his home city, he presented his works at numerous exhibitions across Europe. The artist currently lives and works in both Vienna and Venice.