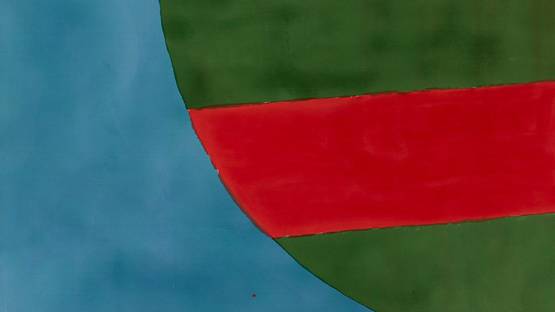 An American abstract painter, Edward Avedisian combined the hot colors of Pop Art with the cool, more analytical qualities of Color Field painting. His work was initially associated with Color field painting and in the late 1960s with Lyrical Abstraction.

Born in Lowell, Massachusetts, Avedisian studied art at the School of the Museum of Fine Arts, Boston. By the late 1950s he moved to New York City, where he joined the dynamic art scene in Greenwich Village, frequenting the Cedar Tavern on Tenth Street, associating with the critic Clement Greenberg, and joining a new generation of abstract artists who were exploring the limits and possibilities of art by experimenting with new techniques and ways of organizing pictorial space.

Avedisian was instrumental in the exploration of new abstract methods to explore the primacy of optical experience. In the 1960s, he produced large canvases characterized by a verticalized emphasis in paintings consisting of overlapping, irregular swaths of rich color. In the mid-1970s, Avedisian abruptly left New York City and moved upstate to Hudson, New York, where he began painting representational scenes from his immediate environment, such as men at work, billboards, and couples in repose.