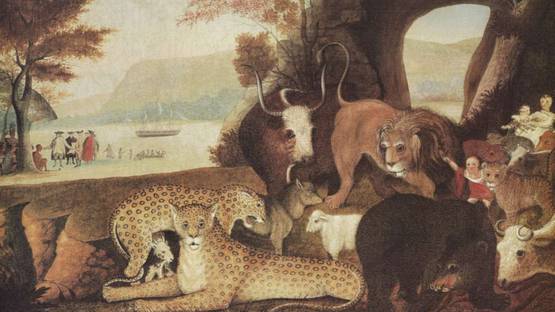 Edward Hicks was an American painter and distinguished religious minister of the Society of Friends, where he became an icon because of his works.