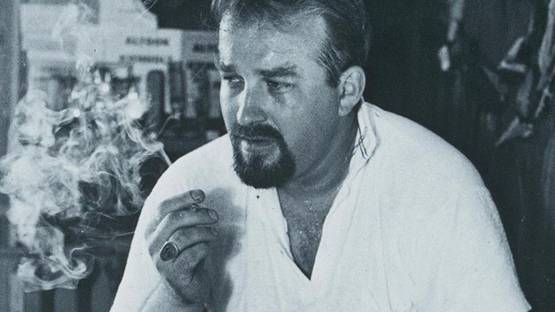 A critique must be precise, well argued, and thought provocative. It needs to produce a difference in behavior, and a realization of wrongness. Edward Kienholz was an American sculptor whose installations and assemblages often criticized society, especially emphasizing the sexual prudery of the American people, the fact that they are corrupted, hypocritical, and oppressive of the marginalized groups. All of that lead to some controversies regarding his art, but today, observed from a slightly different perspective, all of his pieces speak the truth. Harsh and unpleasant, but it is the truth. For a person that didn’t consider himself an artist, Kienholz’s artworks possess a very high level of artistic value, and they continue to inspire even today.

The artist followed a specific concept of criticizing the aspects of society, and his style was similar to Neo-Dada and Funk Art. He was inspired by the work of Arman, Claes Oldenburg, Jean Tinguely, and Robert Rauschenberg. Kienholz himself left an impression on Damien Hirst, George Segal, Paul McCarthy, and many more.

In the 60’s, the artist started using materials that were discarded as damaged and seemed grimy, and by including the filthy qualities of the materials, he emphasized the filth of the society, which gave his criticism an even higher note. Politically corrupt, hypocrites, oppressors of the marginalized groups, and the sexually clean and dogmatized were under constant attack from Kienholz, and his approach and controversial subject were the cause of many debates over the appropriate use of the public funding for art.

His controversial subjects were the cause of many debates

Inspired by a Sex Memory

The Back Seat Dodge ’38 was pointed towards the sexual prudery of the Americans. The piece was inspired by the artist’s own personal experience of taking his dad’s old car, picking up a girl, getting drunk, and having sex in the back seat. He designed the artwork so it practically invites the viewers and invokes a certain level of voyeurism. It caused a lot of controversies when it was exhibited at the LA County Museum of Art (LACMA) in 1966, as the County Board of Supervisors called it pornographic and revolting, and threatened to deny the funding to the museum and shutting it down. But, as it often happens, the attempt of censorship backfired and the crowds rushed to the museum to see the talked-about piece. The Board insisted that doors must be closed during the exhibition, and the security guard would open them only for viewers over the age of 18 who insisted on taking a peek inside. Even today, it is one of the most popular artworks in the LACMA’s collection.

The piece was branded as pornographic and revolting, but that just drew more people to come and see it

The notion of time and the ideas of postponing the death were addressed in the piece titled The Beanery, inspired by a real bar called Barney’s Beanery. All the people, except the bartender Barney, have clocks instead of the faces in this walk-in installation, and they are all set to the same time 10:10. It is modeled at two-thirds of the size of the original Beanery, it also includes the sounds and even the smells of the bar, and it represents the Kinholz’s prowess as a craftsman. The Beanery is a part of Stedelijk Museum’s collection and it was restored in 2012.

In this piece, the artist explored the notion of time

Edward Kienholz was born in Fairfield, Washington and grew up in a working-class family. He was a carpenter, repaired cars, and worked with metal, obtaining skills that will later help him with his art. Self-taught, he never studied art but has pursued painting before he started making large wooden reliefs. His attention shifted to 3D assemblages. From 1972, he collaborated with his wife, Nancy Reddin Kienholz, and in 1981, he finally admitted that all the works made after 1972 should be retrospectively understood to be co-authored by, and co-signed by his wife. After Edward’s death in 1994, Nancy continued the legacy of her late husband.

The artworks made after 1972 are co-authored by his wife, Nancy

Kienholz’ ultimate goal as an artist was to get the people to interact with his pieces, and he realized that in order to do so, he had to attract their attention. There was no room for passivity as it would defeat the entire purpose. If the viewers get actively involved in his art, they just might become a motor for a change. The artist was annoyed by the apathy that characterized the western culture of his time. Even today, we’re living our lives often as simple passive observers, without the power or desire to make a difference, to correct the injustices happening all around us. Kienholz’s art serves as a brutal reminder of the true nature of the world. But, in the end, the reality is what we shape it to be. Nothing more, nothing less. Maybe we just need a wake-up call, so we could finally make this world a better place.